Trasylol Kills: Somebody Tell Bayer and the FDA

Two days after announcing that Trasylol was subject to a global recall over concern for continued risk of heart attack, kidney failure and death, Bayer AG quietly posted the final report on the study that got them into so much hot water 18 months ago.

That study, conducted by i3 Drug Safety, an independent lab based in Waltham, Massachusetts, was withheld from an expert panel convened by the US Food and Drug Administration (FDA) in September 2006 to debate the merits of keeping Trasylol on the market. The FDA, hardly surprisingly, was none too pleased upon learning of the existence of the study within days of giving Bayer the thumbs-up to continue selling Trasylol.

Bayer AG is on record as saying that the withholding of the study was a result of 'regrettable human error' and states that checks and balances are now in place to ensure such an oversight does not happen again. 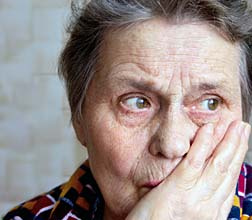 However, the assurance does not mitigate the events that led to the oversight, and the damning contents of the study as it relates to Trasylol.

In a document posted on the official Trasylol web site, Bayer AG explains that i3 Drug Safety released it's preliminary findings of the study entitled "Risks of Renal Failure and Death following Use of Aprotinin or Aminocaproic Acid during CABG Surgery" to Bayer prior to the FDA panel discussion slated for September 21st, 2006. According to Bayer AG, only two members of Bayer's Global Drug Safety Office in Germany were aware that the preliminary report had been received, but did not communicate the arrival to Bayer management as they had misgivings about the methodology and analyses used in the study.

The two communicated their concerns to i3 on September 18th 2006, according to Bayer, and when they didn't get an answer back, decided it was prudent to withhold the preliminary findings, as in their view release of the data from a scientific standpoint was premature.

Bayer AG is on record as saying that while the manufacturer agrees with the logic from a scientific context, the withholding of data in view of the pending panel discussion on September 21st 2006 was reprehensible, and viewed by Bayer as a "serious error in judgment"

Somehow the very existence of the study eluded the panel completely, in spite of Bayer's stated policy of absolute transparency where the FDA is concerned. In its summary of events, according to an investigation conducted by independent counsel, it was the intent of Bayer to make the existence of the i3 study known to the FDA prior to the meeting. However, Bayer says that responsibility for that communication lay with Bayer's Global Regulatory Affairs department in the US, which apparently dropped the ball and the communication was not received.

Bayer says—again—that the failure to convey the existence of the i3 Drug Safety Study was not an effort to conceal its existence, but was again regrettable human error.

That may well be. However, even though the i3 Drug Safety Study would not have been on the official agenda for the panel discussion, it would not be a stretch to presume that Bayer officials at the meeting were aware of the study's existence. In its own summary, Bayer contends, "no other Bayer employees or any of the external consultants who supported Bayer at the Advisory Committee Meeting knew that the preliminary report from i3 Drug Safety had been received."

Okay. But is it not reasonable to presume that while they didn't know of the preliminary findings of the study—that they knew about the study?

The FDA finds out about the study after the fact and is none too impressed, but knows all about the study when it re-convenes its panel in September of 2007—and even with the existence of the study's preliminary findings, concludes, incredibly, there is insufficient reason to warrant pulling the drug from the market.

We all know what happened next: barely a month after that 2007 vote the BART clinical trial in Ottawa is halted over concern about a high death rate in the aprotinin study, followed by Bayer AG's reluctant yank of Trasylol, known generically as aprotinin, from world markets on November 5th.

So what of this i3 Drug Safety study?

There were some changes made after all, including the exclusion of patients with chronic kidney disease.

However the final report, dated October 12th and posted on the Bayer web site five days ago, displays Trasylol's true colors for all to see, and they aren't pretty. The exhaustive study involved 78,199 patients, and compared recipients of aprotinin (Trasylol) versus aminocaproic acid among patients undergoing Coronary Artery Bypass Graft (CABG) surgery.

The study reported that 2,653 patients required renal dialysis and 2,613 patients died. The study goes on to say that the outcomes were meaningfully higher for patients receiving aprotinin (Trasylol) compared with aminocaproic acid.

More News
"These results, and those of numerous supplementary analyses support the hypothesis that there is a higher risk of death and acute renal failure in aprotinin recipients relative to recipients of aminocaproic acid."

Somehow, this information did not reach the FDA panel prior to their September 2006 meeting, allowing Trasylol to continue.

Somehow, this information did not prevent the FDA panel in September 2007 from allowing Trasylol to continue.

Somehow, Bayer AG is of the view that the withdrawal of Trasylol is temporary, pending further analysis of the Canadian BART study. What more are they hoping to learn?

And somehow, the FDA has agreed to consider Trasylol's continued use, on a per-case basis, as they are reluctant to remove an effective drug from a surgeon's toolbox.