As the Deathwatch Continues, Recalled Trasylol is Still Breathing

In the days immediately following the widespread voluntary recall of Trasylol from the world pharmaceutical market, it has become increasingly clear that Bayer AG has taken this action as a precaution, and has no plans to abandon Trasylol entirely save for the potential of damming results from a randomized Canadian study.

In fact, even as Trasylol has been withdrawn from the world's cardiac surgical theatres, there are plans afoot to continue to make it available to surgeons and their patients, even as data is collected and the future of Trasylol is debated.

Which begs one to wonder, in what context can you define a recall when the drug is still available? 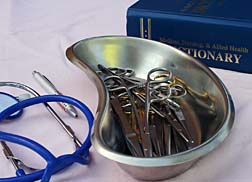 Trasylol has been under the microscope since 2006 when the drug, known generically as aprotinin and used to stem excessive bleeding during cardiac surgery, was first linked to significant heart and kidney problems. The US Food and Drug Administration (FDA) convened a panel of experts in September of 2006, which debated the merits of Trasylol and voted to allow the drug to remain on the market. That same discussion, with a similar outcome, happened a year later in September 2007. Despite significant concerns, in the end the panel concluded that the benefits of the anti-bleeding drug outweighed the risks.

It was a mere three weeks later that the watchdogs over a randomized clinical trial in Canada, took issue with that sentiment. The BART clinical trial, based in Ottawa, was halted in late October of this year after researchers found a disturbing trend amongst the mortality rates of cardiac patients administered aprotinin vs. two other drugs in the controlled trial.

At the time the BART trial was halted, the FDA took a wait-and-see approach, while Bayer AG, headquartered in Germany, dutifully alerted the medical community and the public at large concerning the findings, and entered in discussion with various world health authorities to gauge next steps. The decision was announced November 5th to halt worldwide sales of Trasylol after a number of organizations, including the FDA and Health Canada, suggested the move. However, in a telling hint as to the potential risk of Trasylol, the German health authority demanded the withdrawal.

It's not hard to see why. Apart from the Canadian BART study, which included 3000 randomized participants with a variety of cardiac issues, Bayer's own safety information posted on its website is a damning condemnation of Trasylol, regardless of its benefits.

Trasylol administration, according to Bayer, may cause anaphylactic or anaphylactoid reactions. It is revealed that fatal reactions have been seen after the injection of an initial test dose, as well as fatalities in patients where the test dose had initially been tolerated.
The safety document goes on to say that the risk of anaphylactic or anaphylactoid reactions is increased given prior exposure to aprotinin, with the greatest risk for a fatal reaction amongst those patients with prior aprotinin exposure within 12 months.

In other words, patients prone to excessive bleeding with significant cardiac issues and having undergone multiple surgeries are at the greatest risk.

The next pivotal step hinges on the final outcome of the BART study at the Ottawa Health Research Institute, which will take another six to eight weeks to complete.

In the meantime Bayer AG is moving forward with the possibility of making Trasylol available in limited fashion for surgeons, with the FDA's blessing, as a temporary measure.

More News
This continues to foster the perception that once a drug is on the market and widely used, it proves very difficult for the FDA to affect a disappearing act on the part of the drug in question. This despite a study published in the New England Journal of Medicine last year that suggested calling a halt to Trasylol use would prevent upwards of 11,000 cases of kidney failure each year, and would save more than one billion dollars in dialysis costs.

And this is hardly new information. When the FDA advisory panel was convened in September of 2006, Bayer was on hand to vigorously defend its product, in spite of allegedly being aware of the results of its own study, which revealed a significant increased risk of stroke, and ultimately death. This information was withheld from the advisory panel at the time of the vote favoring Trayslol, but came to light a few days later.

Bayer AG is on record as saying the oversight was a result of regrettable human error.

Meanwhile the deathwatch over Trasylol continues, to ultimately determine if its days are, indeed numbered—or if it will defy the nay Sayers, and rise again.