It's Game Over for Trasylol, but Bayer Refuses to Fold

If Trasylol maker Bayer AG were into playing the odds, the Germany-based manufacturer is hedging its bets over its once-dominant anti-bleeding drug, even though most believe that the Canadian BART clinical trial has effectively sounded the death knell for a drug that has allegedly spelled death for thousands of heart patients. 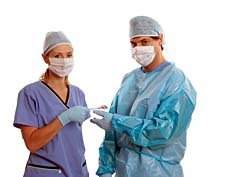 After preliminary results from the BART trial were published last week in the New England Journal of Medicine (NEJM), most were predicting the ultimate demise of Trasylol—an expensive and admittedly effective drug for the mitigation of blood loss during high-risk cardiac surgeries that remained on the market in spite of numerous studies and red flags pointing to serious implications for patients.

To wit, the BART study found that 53 percent of cardiac patients using aprotinin (Trasylol) were more likely to die than patients administered alternatives--specifically, tranexamic acid or aminocaproic acid. "The risks of aprotinin are greater than its benefits," said Dr. Paul Hebert, a critical care doctor at the Ottawa Health Research Institute and one of the principal investigators in the BART (Blood Conservation using Antifibrinolytics in a Randomized Trial) investigation.

"Bayer will continue to carefully review this article, the editorial and (when available) the underlying data on which the authors have based their conclusions and continue to discuss both the restricted access programs for Trasylol and the worldwide temporary marketing suspension of the drug with regulatory authorities."

This, in spite of the evidence which suggests that for every 100 cardiac patients receiving aprotinin for high-risk cardiac surgery, six died as compared with four out of every 100 administered the other two previously identified alternatives.

That difference may appear small, but the impact multiplies when that percentage is broken out across the hundreds of thousands of cardiac surgeries performed every year, about 250,000 high-risk procedures. Given that the administering of an anti-bleeding drug is standard practice for high-risk surgeries, "the BART study has changed the way heart surgery will be done in Canada and around the world," predicted Dr. David Mazer, a cardiovascular anesthesiologist and critical care physician at St. Michael's Hospital in Toronto. Mazer was one of the lead researchers of the BART trial.

At least two other studies—and possibly three—suggested a similar concern with regard to Trasylol. However, those studies were randomized observational studies and were dismissed by expert review panels convened by the US Food and Drug Administration (FDA) to debate the merits of Trasylol. In the meantime various reports were surfacing of numerous deaths linked to the use of the anti-bleeding agent.

It wasn't until the BART study was halted that various health organizations, including the FDA, sat up and took notice. The decision to end the trial early was made on the advice of an independent data safety monitoring board, which hooked into the higher death rates in patients who were receiving aprotinin.

The call to halt the trial prompted Bayer AG, with full support of health organizations, to suspend the marketing of Trasylol until the BART data could be studied further. Those data, published this month in the New England Journal of Medicine (NEJM), comes as no surprise to those who have been sounding the alarm over Trasylol for years. However, the manufacturer, poker face fully extended, is keeping its cards on Trasylol close to its chest.

More News
However, one move that resulted from the NEJM article and accompanying editorial could be seen as the manufacturer tipping its hand with the decision to remove all remaining stocks of Trasylol from warehouses, hospital stocks and individual physicians.

It's still out there, though. Ever since the suspension of marketing last fall, Trasylol continues to be available to surgeons and physicians on a case-by-case basis, and for the moment there appears to be no intent to back away from that limited availability for the forseeable future.

However, as Bayer AG continues to agonize over its hand, most believe that the game is over for Trasylol. As for high-risk cardiac patients, and HMOs no longer saddled with the high cost of aprotinin, Trasylol's demise signals a whole new game…