60 Minutes to Air Report on Trasylol and its Dangers

Lawsuits have been filed against Bayer AG on behalf of plaintiffs located all over the United States due to alleged suffering of kidney damage as a result of being prescribed Trasylol, which is a drug used during coronary artery bypass graft surgery to prevent excessive bleeding.

On Sunday February 17, 2008, 60 Minutes will air a report regarding these suits that have been filed against Bayer AG. What the story alleges is that had the FDA removed Trasylol in 2006 from being distributed to patients, 22,000 lives could have been saved. 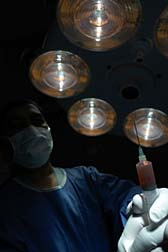 The doctor, Dr. Dennis Mangano, who wrote an article in January 2006 for the New England Journal of Medicine regarding the dangers of Trasylol states that there were internal studies conducted by the drug maker in which the FDA did not receive the results at the advisory panel meeting in September 2006. The report conducted by Bayer was a 13 drug report and concluded that the risk of kidney damage, stroke, and congestive heart failure were increased considerably. The report further alleges that by presenting the FDA with this information would have legitimized the dangers of the drug. Eventually, the FDA did request that marketing be suspended on the drug, which finally happened in November 2007. Now the market suspension extends throughout the world rather than just the United States.

When Dr. Mangano made his presentation regarding the risk associated with Trasylol, Bayer executives attended in order to defend their drug. Bayer states that their failure to present this information was due to oversight and that the company's officials had no knowledge that the report existed until the results of a safety review were presented to them.

Many patients who received the drug during their surgery were not aware that they received it. As a result of the use of the drug, it is alleged that many have faced life-threatening problems with their kidneys. The lawsuit is alleging that Bayer withheld information that could have saved many lives and spared many more from the complications associated with kidney problems.

In the 60 minutes segment that will air Sunday, Dr. Juergen Fischer states in an interview that Bayer has known that Trasylol had the potential to cause severe damage to the kidneys since the 1980s, but did not initiate a study during the developmental stage to look at the side effects that involved the kidneys.

More News
An article that was printed in The Lancet earlier this month brought attention to Trasylol once more when a study showed that the risks associated with the drug were higher when used with certain surgical procedures. The article by Dr. Mangano that was published in the New England Journal of Medicine was a result of a study that took place in 17 countries and involved 5,000 patients. The results showed that the risk of kidney failure was doubled. A study that was conducted in Canada regarding the effects of Trasylol, which was known as the Blood conservation using antifibrinolytics in Randomized Trial, was stopped in October 2006 when it appeared that Trasylol had a higher chance of causing death than the other drugs it was compared to in the study.

However, despite the allegations set forth in lawsuits and the 60 Minutes report against the company, Bayer said they are not giving up on Trasylol and, according to 60 Minutes; the company is still defending their drug. Bayer did send a letter to 60 Minutes stating that the risk-benefit profile for Trasylol continues to be favorable when used according to its labeling. Bayer continues to review whether the drug can be remarketed after more research is conducted.