One transvaginal mesh manufacturer is adding new safety labels to its pelvic meshes and slings, saying they are considered permanent implants and that removal can be complicated or impossible. 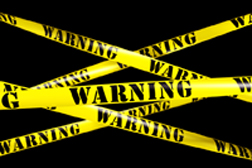 Transvaginal mesh products have been used worldwide for about 15 years, mostly to treat pelvic organ prolapse (POP) and stress urinary incontinence problems in women. Since that time, 27 clinical studies have shown that one in 12 patients have suffered TVM complications. It has been estimated that 50 percent of women by the age of 50 years will have some degree of POP and more than 10 percent by the age of 80 will require surgery. That’s a whole lot of mesh.

The warning came from Boston Scientific, which involves five brands of TVM slings, and was sent in May by way of an urgent advisory letter to doctors worldwide. The Star Tribune in Minneapolis reported that a company spokesman said changes were prompted by a review of data by company officials and medical device regulators in Australia. This action begs the question: Would doctors worldwide be warned if the Australian Government did not have a database?

And what is the FDA doing?

The FDA did warn doctors - twice. The first warning was sent in 2008 but the use of mesh for POP actually increased. Of course this begs the question: do doctors heed the FDA warnings? Again in 2011, the FDA issued a stronger warning regarding mesh to treat POP: “There were an enormous number of serious, unique complications with use of vaginal mesh and that these cases were just the tip of a looming iceberg.”

Johnson & Johnson alone sold 787,322 of its Ethicon TVM devices in the United States between 2008 and 2014. About 42,000 were sold in California, resulting in its latest lawsuit: California Attorney General Kamala D. Harris announced that her office is suing J&J for alleged false advertising and deceptive marketing of it transvaginal mesh products.

American Medical Systems (AMS) is facing about 46,000 lawsuits. AMS was the first transvaginal mesh manufacturer to resolve its product liability cases and closed its unit that sells the devices.

More TRANSVAGINAL MESH News
The Boston Scientific warning has come too late for too many women. This company is facing more than 36,000 product liability cases. And it remains to be seen whether physicians pay attention to a manufacturer. Many women have lost trust in their doctors. Some are frustrated and some blame their surgeons for mesh complications. A number of women have reported to LawyersandSettlements that their doctors said the mesh was the best thing since sliced bread and their problems “are all in your head.” Their surgeons never discussed the procedure in detail, or if there were any mesh complications. And patients seldom ask their doctors if they have training and experience in mesh implants.

The number of transvaginal mesh lawsuits has now increased to more than 100,000 in the United States, and more than 135,000 worldwide. And one last question: when will these mesh devices be permanently taken off the market?

Posted by
Dakeys
on July 6, 2016
THE PROBLEM IS NOT A WARNING LABEL !
WHY WOULD ANY HUMAN NEED TO HAVE A PLASTIC THAT HAS HOOKS AND SHARP CUT INSIDE OUR TISSUES STABING AT OUR INSIDES????
MESH SHOULD BE PULLED OFF THE MARKET COMPLETELY FOR EVER !!!
THIS POLYPROPYLENE PLASTIC WAS CUTTING ME AND OTHER HUMANS WOMEN FROM THE INSIDE TO THE OUTSIDE OF OUR BODIES!!!! JUST BECAUSE YOU MONEY GRUBBING CROOKS AND THIEVES ARE STILL IN THE MARKET OF PROFIT OVER SLAUGHTERING AND BUTCHERING WOMEN AND MEN !!!
YOU SHOULD HAVE THIS MESH PLACED IN YOUR BODIES AND THEN LET THE ( FDA ) KNOW HOW YOU FEEL !!!! THE FDA SHOULD BE INCLUDED IN ALL LAWSUITS FROM THESE MESH DEVICES AND THEN TELL US HOW YOU LIKE THE CHEATING AND LIES YOU HAVE ALLOWED OVER THE YEARS !!!!
CLOSED DOWN THE FDA THEY ARE NOT AND NEVER WILL BE THE ORGANIZATION WE HIRED!!!
YOU MEDICAL ASSOCIATION MEMBER ARE THE WORST PEOPLE I HAVE EVER SINCE IN MY 50 YEARS ON THIS EARTH !!!
YOU DID IT TO OLDER WOMEN AND TOU NEVERED LISTENED THEM AND NOW YOU WANT TOO CONTINUE THIS LIE !!!!!!
PULL THIS PLASTIC FLESH EATTING MATERIAL FOM ALL HUMANS ALL OVER THE EARTH !!!!
THE UNITED STATES OF AMERICA CONTINUES TO THINK COLLATERAL DAMAGE IS THE BEST WAY TO GET RID OF HUMANS!!!!!!
THIS ORGANIZED CRIME HAS MEMBERS FROM PAST AND PRESENT PRESIDENT ,VICE PRESIDENT , CONGRESS, SCIENTICS,NURESE,CEO,MANUFACTORIES,DOCTORS,LAWYERS,JUDGES,HOSPITALS,WORLD LENDERS AND YOU WANT TO KEEP DICTATORS TELLING US IF WE WANT A LABEL THEN THIS PRODUCT SHOULD STAY ON THE MARKET !!!!! WATCH OUT HUMANS WE ARE THE TARGETS !!!! NOT EVEN GOD CAN NEVER STOP THESE MURDERS !!!!!
HOOK LINE AND SINKER!!!!!!
PRINT THE TRUTH !!!!!!
IT IS TIME FOR YOUR JUST DO RIGHT AND ALL YOUR UPS AND COMINGS !!!!!!!