Finally, Linda Gross’ transvaginal mesh case is over, after J&J can no longer appeal the verdict that awarded her more than $11 million in damages for her TVM injuries. 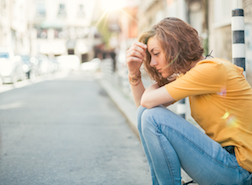 Ten years ago Linda Gross had transvaginal mesh surgery to treat pelvic organ prolapse and stress urinary incontinence. Soon after the Prolift implant she experienced severe pain and multiple complications, including nerve damage so severe that she was unable to work (she was a nurse), have sex with her husband, or sit comfortably for more than 20 minutes at a time. Three surgeries were required to remove the mesh.

The case dragged on until February of 2013 when the jury found the following:

The jury awarded Ms. Gross $3.35 million in compensatory damages and $7.76 million in punitive damages. Justia.com reported that following the verdict, defendants moved for judgment notwithstanding the verdict (JNOV); the judge reserved decision. But it wasn’t over. J&J fought the decision up until now: Linda Gross finally gets justice.

As for Ethicon, how can a drug company be so unethical? Gross’s pain and suffering was undeniable. J&J faces thousands more similar lawsuits; hopefully 2017 will bring justice for those women.

Last year ended well for TVM plaintiffs. This reporter wrote that, If J&J does not announce soon that it is working toward any settlements, 2016 might not be a good year for the company. Or any transvaginal mesh manufacturer.

Like J&J, Boston Scientific has lost its appeal in its Obtryx mesh trial to four different women. A jury in 2015 awarded the women $18.5 million, and the drug maker faces about 16,000 more lawsuits, according to US Recall News (December 16, 2016). Although Boston Scientific has deep pockets—it made $7.6 billion from transvaginal mesh sales—TVM lawsuits in 2017 will certainly make a dent in its profits.

Posted by
Jim Lindly
on January 2, 2017
I am man that had Ethicon mesh put in for a hernia repair; body rejected the mesh ; had to wait 100 days for them to remove it; major nerve damage to entire area and lots of scar tissue; unable to work full time because of this. I realize this isn't TVM but the mesh is the same and made by J and J .