More than two years ago the first Boston Scientific transvaginal mesh trial resulted in a verdict favoring the manufacturer. The jury found the TVM was not defectively designed but the appeals court may not agree. 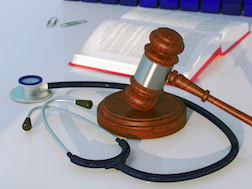 Plaintiff Diane Albright had the transvaginal mesh device implanted in 2010 to treat a cystocele, which is an anterior pelvic organ prolapse. Albright said the Pinnacle caused her severe pain and other serious complications and she claimed that neither she nor her physicians were warned before surgery about the Pinnacle kit's allegedly defective design.

During the trial, testimony from an expert witness for the plaintiff was disallowed following a petition by the defendant on grounds the witness’ expert opinion had been barred in similar litigation against a Boston Scientific competitor. Soon after the verdict, LawyersandSettlements reported that Albright was considering appealing the decision.

A lot of information has surfaced in the past two years regarding the dangers of TVM, particularly the FDA’s decision to re-classify these medical devices from class II, which generally includes moderate-risk devices, to class III, which generally includes high-risk devices, and a second order that requires manufacturers to submit a premarket approval (PMA) application to support the safety and effectiveness of surgical mesh for the transvaginal repair of POP.

Transvaginal Mesh Appeal
A Massachusetts jury in July 2014 found in favor of Boston Scientific (BSC), three months after the FDA issued two proposed orders that would reclassify TVM for pelvic organ prolapse as a high-risk device and require manufacturers to apply for premarket approval,

During opening arguments the plaintiff’s attorney explained to the jury that the Pinnacle Pelvic Floor Repair Kit, manufactured with plastic, was too large and heavy to be implanted safely and nearly impossible to remove in the event of transvaginal mesh complications.

The Appeals court said that the trial judge improperly excluded information about a warning that appeared on the material safety data sheet for the polypropylene that BSC made the device out of, according to Law360.

In her appeal, Albright argued that Judge Diane Kottmyer improperly kept the jury from hearing about a warning on the material safety data sheet for the polypropylene material Boston Scientific used in its mesh that it was not suitable for permanent implantation. Further, Kotmyer should not have excluded a pair of letters from the FDA ordering the company to launch a post-market surveillance study of the Pinnacle device and later agreeing to suspend the trial after Boston Scientific said it planned to shelve the implant, according to court documents.

Yesterday the Massachusetts Appeals Court agreed, and Diane Albright’s case is remanded for reconsideration because the jury should have been allowed to see the MSDS (Material Safety Data Sheet) warning and the FDA letters.

The MSDS provides basic information on a material or chemical product. Justice Gary Katzmann wrote that the “MSDS caution was relevant, material evidence admissible for the limited purpose of showing that BSC, which had received the MSDS well before 2009, had notice or knowledge of the content of the caution.”

More TRANSVAGINAL MESH News
The content of that caution said, "Do not use this [polypropylene] material in medical applications involving permanent implantation in the human body or permanent contact with internal body fluids or tissues.”