An Australian transvaginal mesh inquiry underway involves complaints that would make good copy for a vulgar tabloid. One victim testified how she was told the mesh would make her feel like a “16-year-old virgin”. But if it takes sensational accounts such as these to make more women aware of transvaginal mesh side effects, all the better. These women are heroic for sharing such personal details. 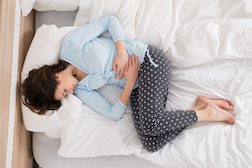 Complaints Harken Back to the Dark Ages
About 800 women in Australia are involved in a transvaginal mesh class action lawsuit against Johnson & Johnson, and 12 of those women testified before a Senate Inquiry in Sydney last week. "When the doctor told me I would no longer be able to have sex with my husband, he said there was more than one way to skin a cat," said victim Gai Thompson, as reported by news.com.au. And a public hearing in Perth included one doctor telling the inquiry that she was “aghast” after hearing that some medical professionals had advised women unable to have vaginal sex due to TVM injuries that “anal sex be used as an alternative”.

Although Australia’s Therapeutic Goods Administration still allows surgeons to implant the mesh, this latest inquiry and class action lawsuit may result in women having an informed option.

Gai Thompson had a Prolift Pelvic Floor Repair System by Johnson & Johnson implant nine years ago to treat pelvic organ prolapse. It has since been taken off the Australian market, but only after the Department of Health asked for more information to be added to the instructions for use of the products, according to SBS News.

Thompson says that transvaginal mesh is still being implanted in women by surgeons in Australia who aren’t being told of the risks. "While I'm speaking to you now I can guarantee there is a woman in a Sydney hospital somewhere having mesh put inside her and not realizing," she told the inquiry. Thompson has yet to find a surgeon willing to remove her mesh implant.

More TRANSVAGINAL MESH News
Dr Jenny King, director of the Urogynaecological Society of Australasia, told the Australian Inquiry that surgeons did not show caution when using controversial vaginal mesh implants that have destroyed the lives of thousands of women. She stated that those women given the 'magic' procedure had been 'seriously let down'.

Meanwhile, in a recent transvaginal mesh lawsuit trial, a Philadelphia jury ordered Johnson & Johnson and its Ethicon, Inc. subsidiary to pay a Pennsylvania woman more than $57 million in punitive and compensatory damages. Ella Ebaugh, age 51, told the York Daily Record that a lot of days she can’t get out of bed and will struggle with that pain every day for the rest of her life. “I’m just glad Johnson & Johnson is finally getting their hand smacked when it should be,” she said. “They’re doing things seriously hurting and harming women everywhere.”