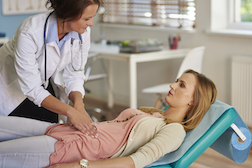 The latter is used globally in the treatment of Stress Urinary Incontinence (SUI) and Pelvic Organ Prolapse (POP), two conditions common to middle-aged women who have borne children. The rigors of pregnancy do a number on muscles and other natural abdominal tissues designed to hold internal organs in place. However, as these muscles and tissues weaken with age, and in view of prior stresses inherent to pregnancy and carrying a fetus to full term, internal organs begin to sag and press against the woman’s uterus.

Traditional treatments involving the creation of a sling to treat POP and SUI with a woman’s own tissue by way of invasive surgery, have given way to the use of surgical mesh deployed laparoscopically. Surgical mesh for abdominal hernia repair is deployed in much the same fashion.

However, the advent of TVM mesh has led to transvaginal mesh complications that are not dissimilar to those associated with abdominal surgical mesh.

The Sunday Star-Times of Auckland (06/04/17) highlights the sad demise of Karyn Freer, a Kiwi grandmother who died three years ago today in Southern Cross Hospital at Invercargill following surgery to remove abdominal mesh originally used for a hernia repair.

The Star-Times notes that Freer was soon doubled-over in pain following her implant surgery, having also lost feeling in both legs. Freer was prescribed opioid painkillers, which did little to improve her situation.

A subsequent internal scan revealed that a large sheath of the abdominal mesh was found to be sharply jabbing into her internal organs. Victims of TVM mesh side effects describe similar complaints, as the edges of TVM mesh become intertwined with internal tissues and organs, or push up against the vaginal wall and actually – in some cases – protrude through the vaginal wall, resulting in pain and potential infection for the transvaginal mesh lawsuit plaintiff and making intercourse with a sexual partner all but impossible.

And so it was, on June 3 2014 that Freer was back in the hospital to have the problematic hernia mesh removed. Freer survived the surgery, but not for long. She was found at 3:50am the following morning, June 4 2014 still in her hospital bed, unresponsive. She had died from cardiac arrest and polypharmacy.

Freer’s family is convinced the surgical mesh led to their mother’s death and calls for an inquiry.

Hanifa Koya is a New Zealand who noted in the Star-Times report that transvaginal mesh carries similar risks and TVM complications to those of abdominal surgical mesh, and agreed with the Freer family that an inquiry was long overdue.

Urogynecologist and professor emeritus Don Wilson noted in the newspaper report that he petitioned for a registry of mesh implants in 2014 – the year Freer died – together with the requirement for all surgeons using abdominal and TVM mesh products to be trained and credentialed.

“I wrote my submission asking for a register three years ago,” he told the Star-Times. “It’s frustrating that there's not been more action taken.”

More TRANSVAGINAL MESH News
Meanwhile, there are calls in Australia for a Senate Inquiry on transvaginal mesh side effects. A woman by the name of Joanne Boon serves as an administrator for the Australian Pelvic Mesh Support Group on Facebook with five other women. Boon notes there were 39 members when she joined two years ago. Since that time membership has grown to 850.

Boon has reason to back a Senate Inquiry into transvaginal mesh complications. She had been treated for POP with a TVM mesh sling in 2012, only to have it removed three years later in 2015. However, the complications associated with the removal of her TVM mesh were such that no hospital in Australia was properly equipped to handle the procedure.

Instead, the single mother of a 10-year-old child had little choice but to sell her home in order to fund a trip to the US, and a six-hour operation to have the problematic transvaginal mesh removed.

In the US, there are numerous examples of women facing such a challenge. Many are also facing a transvaginal mesh lawsuit in pursuit of compensation.

Posted by
Charles Atwell
on June 23, 2017
I have a mesh in my stomach area due to a operation I had back in 05 for gastric bypass which I developed a a hernia from the 17 inch scar that I have in my stomach I'd like to be included in your lawsuit the match was put in there because of an incisional cut X to which the second surgery cause the Domino cavity to come out into a football-sized area and that's how why the mesh was placed I am currently having problems with the mesh and would like to be included in your lawsuit for abdominal mesh
Posted by
Edson pereira
on June 11, 2017
I had a hernia repair done within four months later I had to go under the talble again to re-do my hernia repair in a normal old fashion way. Since this surgery I have been in constant pain. When I stretch my body the mash area hurts like the mash is to small for movement. I have been asking doctors to remove this mesh but they don't want to do saying that it might create complications.