Inside the $13 Million Pelvic Mesh Award: A Defendant Without Empathy

Following the refusal of a Pennsylvania state judge to strike down a $13.7 million transvaginal mesh lawsuit verdict, defendant Johnson & Johnson and its Ethicon unit immediately signaled they would appeal the award to the state Supreme Court, in spite of the judge’s admonitions that the plaintiff’s suffering was real and chronic. 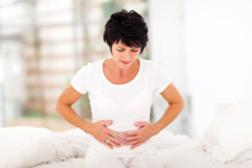 According to court documents, plaintiff Sharon Carlino filed her mesh lawsuit in June, 2013. She had received transvaginal tape manufactured by Ethicon Inc. to treat urinary stress incontinence in 2005. Two years later, in 2007 Carlino began to experience a sharp pain in her vagina. Her doctor subsequently discovered the mesh had become exposed, and surgery was performed to correct the problem.

Three years later, surgery was performed a second time for the exact same reason. Then, in 2012 – a year before Carlino filed her transvaginal mesh side effects lawsuit – the plaintiff began to experience pulling sensations and additional pain due to scarring from the previous surgical procedures, and the implant itself.

Carlino won a jury verdict of $13.7 million in February of last year, with the jury finding that the TVT sling used for the plaintiff’s surgery was not reasonably safe. The verdict, as it happened, came within a month of the US Food and Drug Administration (FDA) re-classifying transvaginal mesh from a Class II (moderate risk) to Class III (high risk), and has since opined that in the regulator’s view the use of TVM mesh is no longer considered the preferred method of treat SUI or Pelvic Organ Prolapse (POP), two conditions common to women later in life who have borne children.

Carlino alleged in her lawsuit that transvaginal mesh complications left her with constant pain and discomfort, together with reduced capacity to engage in sexual activity with her husband.

Ethicon, however tried to have the award disqualified, claiming in its view that Carlino’s pelvic pain was intermittent at best, and that the plaintiff’s claims for emotional harm were “unqualified.”

Judge Kenneth Powell, of the Court of Common Pleas of Philadelphia County, Pennsylvania, took exception to that argument.

“To characterize [plaintiff’s] testimony in this way is to minimize her real damages to an unreasonable degree,” he said in an opinion. “This is not merely ‘intermittent’ pain – it is chronic pain, pain that will be with her for the rest of her life, with no real prospect of resolution.”

Ethicon, through a spokesperson, reiterated their intent to appeal.

More TRANSVAGINAL MESH News
“The denial of post-trial motions is not unexpected and we have already begun the appeal process,” said Kristen Wallace, in a statement to Law360. “We filed an appeal in this case because we believe the evidence showed Ethicon’s TVT midurethral sling was properly designed and labeled, that Ethicon acted appropriately and responsibly in the research, development and marketing of the product, and TVT was not the cause of the plaintiff’s continuing medical problems. We have always made patient safety a top priority and will continue to do so.”

Meanwhile, Boston Scientific noted in its Form 10-Q report filed with the US Securities & Exchange Commission (SEC) in November of last year that it was in excess of 40,000 lawsuits related to transvaginal mesh filed by plaintiffs asserting various transvaginal mesh complications.

Posted by
Denise Schrader
on January 23, 2017
no they are trying to make this take so long that most of us die.... well when I die I want an autopsy finding out why and how mesh, mine was hernia mesh, killed me....It was only in for under 2 weeks, mesh and everything that touched it gone too.... a nerf football sized hole remained and took 7 months to heal.....they are trying to take any amount that would make us whole again, which there is no amount of money they could give to make me whole again.... they are another one that doesn't care about us the people who they hurt with complications, they are in it with FDA because they keep giving 510k's out when they change names and get different buyers to put it under....
Posted by
Shalini Sarup
on January 20, 2017
J&J please kindly stop, do you even realize what you are doing. Do you guys really think , all we woman have gone crazy staying different parts of the world never met each other, we all are talking about the same pain at once, how the hell it is possible, how can we all have the same pain having the same product

Oh I get it you guys deny to drive us at a mental point where we feel we all have gone crazy in our head about this pain
Wear our shoes and see your money can't never fix us back to one piece
You guys should be ashamed of yourself to do this to us as patients, to cheat us with a endangered foreign product, trusting we will be treated.
The first this you all should do is beg us to forgive you guys to cheat on us for money. Secondly at least help with the funds to start getting treatment for the the brutal pain and hurt you caused fir us which is every second of our lives
And we wishing for death, because these pain are lingering and is driving us to suicidual.
No matter what you all do you will get punished by god to cause us so much pain
Think if it was you all as an individual to go through what we are going through
Will you go and appeal
Least you can do us pay fir every medical
Bills at least
May be god with think to reduce your sin
Amen