“Every time I read about transvaginal mesh it gets me so angry,” says Kay.
“Sure, not being able to have sexual intercourse because of this mesh is terrible, but what about death?” 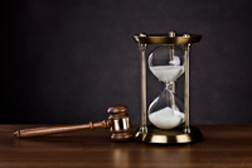 Kay is referring to her best friend’s mother. Jessie (not her real name) had a TVM sling implanted about 15 years ago to treat urinary incontinence, which didn’t even help. A few years later, around 2003, she started having problems. Kay says that every time Jessie ate she would vomit shortly afterward and she constantly had diarrhea.

“By 2004, it was so bad that she underwent abdominal surgery and came out of it on life support,” says Kay. “Her doctors never connected the dots, it never occurred to them that the transvaginal mesh was the problem - until they opened her up and saw this stuff tightly wrapped around her intestines.” Jessie was soon taken off life support.

Ten years ago doctors would likely have been surprised to see how the mesh could migrate and cause irreparable damage. “Back then the mesh problems weren’t really big news and my friend had no idea the problem was so widespread until recently. Unfortunately, we believe the statute of limitations has run out,” Kay adds.

If Kay is correct, the statute of limitations in Jessie’s case is injustice. Sometimes transvaginal mesh injuries can take years to develop after the initial implant. And many people are still unaware of transvaginal mesh complications.

By early 2015, the FDA had received at least 10 reports of death resulting from transvaginal mesh, most of which stemmed from infection. But how many deaths have gone unreported? According to thousands and thousands of volunteer reports to the FDA, and given that more than 100,000 of these types of transvaginal procedures are performed annually, there could be hundreds of deaths.

“Jessie was in her late 70s but she was in really good shape for her age when she died,” says Kay, who believes that Jessie would still be alive today if not for the transvaginal sling. “If the doctors knew about the risks 10 years ago, or even today, I think they may have been more cautious putting in these mesh implants. Or maybe not implant them at all,” adds Kay. “I read how doctors were influenced by these medical companies, how sales reps would have doctors believe that transvaginal mesh is the best thing since sliced bread. It didn’t even help Jessie’s incontinence!”

More TRANSVAGINAL MESH News
I found out from the Lawyersandsettlements newsletter about transvaginal mesh lawsuits but it was apparently too late,” Kay says. “Jessie’s death was a tragedy but it is also very sad that the statute of limitations has run out. Jessie’s family isn’t the type to sue so that is why they didn’t look into it. Something has to be done about the statute: if not for my friend, for others.”

Posted by
Kathy Tribel
on November 25, 2018
Please call me at(252) 764-xxxx with an update of the settlement disbursement timeline. Thank hou
Posted by
Dakey
on June 18, 2015
Thank God Judge Goodwin has put together 26 women in his courtroom against Johnson and Johnson Ethicon . Now it's time for all Judges to Stand Their Ground it's their Courtrooms .Corporations can not keep dictating what a Judge chooses to happen !!!!! Let's Make History , 89,000 women can go to trial at 100 or so per cases. 34 million caps for 89,000 women each .Back to there own States . We need all Judges to protect us women against these criminals that have caused us mental and physical pain. Changed our lives from normal to dysfunctional women . Please Judges Help Us!!!!!!!!!