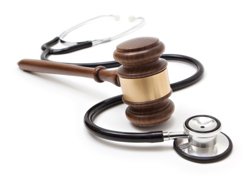 “To date, only one company has agreed to settle its lawsuits and that’s American Medical Systems,” Malik says. “The other big players are not settling; they are fighting their cases. There were several positive verdicts in 2014 in bellwether trials that went ahead. Bard, Ethicon and Boston Scientific were all dinged by bellwether juries and state courts, which is positive news for the affected women. This year will see the courts continue on with more bellwether trials.”

A multidistrict litigation has been set up in the Southern District of West Virginia before Judge Goodwin. More than 60,000 lawsuits currently sit before Judge Goodwin, consolidated for pretrial proceedings, with a few thousand more filed in various state courts. Even with consolidation for pretrial proceedings, there are concerns that if the lawsuits are not accelerated, they could take years to complete.

“The judge has set up a program because there are so many thousands of cases it could take years to try the cases individually,” Malik says. “He is trying to accelerate the trial and settlement process by consolidating the lawsuits together. Previously, the lawsuits have been consolidated with four or five being tried at a time. Now, he’s doing it so that 50 or 60 go together in waves. They all go to trial and the jury can deal with them in more rapid fashion.”

“Judge Goodwin had a hearing with Bard before Christmas and basically stated that the company may face billions in liability if they fail to settle,” Malik says. “Bard filed a motion to postpone the bellwether for January, until the news and media hype dies down. Ethicon had a trial that was supposed to start in the beginning of December, but that has been postponed until March 2015. Ethicon filed motions to dismiss and to avoid punitive damages, but both were denied.”

More TRANSVAGINAL MESH News
Despite the large number of lawsuits and the amount of time already devoted to transvaginal mesh litigation, it is not too late for women who have been harmed by the use of transvaginal mesh to file a lawsuit. Because many of the devices are still being used, Malik says he believes the total number of lawsuits will ultimately exceed 100,000. In 2015, he expects the pace of the lawsuits to increase, with greater consolidation of the lawsuits and larger groups having their cases tried simultaneously.

“There are still several thousand of these procedures [using the transvaginal mesh] annually by gynecologists and urologists,” Malik says. “There has been no global recall. Companies still produce these devices that we believe are defective and women will still be injured by them. These issues may continue on until either doctors stop using the devices or until a global recall is done.”

Posted by
J D
on June 3, 2016
Neomedic's settlement is a joke and a slap in the face for all women. After liens and attorney fees you are left with a big fat ZERO! And they get off scott free and can continue to injure women with their product.