Christie was in a serious car accident many years ago and suffered hernias from it and later a collapsed bladder. “I had transvaginal mesh implanted in my pelvis, around my bladder and other prolene mesh in my abdomen, according to my medical records,” says Christie. “But this TVT mesh has eroded and moved around so much it feels like a porcupine inside me—I just want it out.” 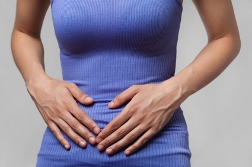 Christie has been unsuccessful in trying to find a surgeon to remove the mesh. “I’ve been telling the doctors here that this vaginal sling has been hurting me since day one, but they won’t listen to me,” she says. “I live in a hick town with hick doctors.”

Like countless other women who have suffered transvaginal mesh complications, Christie is frustrated, to say the least. “I guess these doctors think I am lying; why don’t they acknowledge that I am in pain?” she asks. “With every doctor I talked to, my problems went in one ear and out the other. And now my bowel has collapsed. Nobody thought it was the mesh because back then it wasn’t known—I had the TVT implanted in the late 90s and I have had problems with it ever since.”

Christie has so many unanswered questions. “When I didn’t have health insurance they wouldn’t listen to me and now that I have insurance they still won’t listen. Why won’t they send me to a specialist? I think they don’t know what to do, or who to send me to.”

Christie might be right. There are a just a handful of surgeons in the US who will attempt to remove eroded transvaginal mesh, a very dangerous TVT complication. Christie says that her injuries were so severe and the TVT procedure so new that she has even been reported in a medical journal.

“They took pictures during the surgery and I was given the photographs but over the years I lost them,” Christie explains, “but I still have my medical records. This is so embarrassing. Because of my accident, the lips of my vagina were so swollen and my pelvis was crushed.”

Christie was almost crushed to death. “My car stalled so I got out and opened the hood to see if I could find the problem. I wiggled a few wires and then it started and jumped out of gear in reverse. I tried to catch the car and it caught me up against a cement column—I was stuck between the car and the column. If a passerby hadn’t jumped into the car and turned off the ignition, it would have cut me in two.”

Her wounds healed, but not the transvaginal mesh. Christie says that the mesh never felt right. “It would roll around, I could feel something as big as my fist and I had to wait until it stopped moving before I could move. When it started moving I had to sit down. I assume that the mesh had come loose. And it started to hurt to the point that sexual intercourse was impossible…

More TRANSVAGINAL MESH News
"I am only 43 and the mother of two boys, but pretty young not to be able to be a woman. And another thing: I got pregnant a few times after the surgery and always miscarried. I was six months pregnant when I had the accident and I’ve been looking for someone to take out this mesh ever since. One doctor in Birmingham said I might be able to find a doctor who will take out the mesh but it would wind up killing me. I don’t know why he said that. Apparently he doesn’t think it is dangerous inside me.

"Fortunately I might be getting somewhere now that I have an attorney. I got my medical records from the hospital and sent them to the law firm. I was going to use a local attorney but they ended up losing some of my medical records—like I said, this is a hick town.”

Posted by
kristy smith
on February 28, 2014
i told docters from day 1 it was not rite something was wrong. it went in 1 ear an out the other. i have delt with it for 13 yrs. an every year ,it get worse. lawyers say the case is to old. ive told every docter ive ever seen about it an , again n 1 ear an out the other. ive complained 4, 13yrs. an they act like im just now coming forward. but infact, they r the ones, that r forced to come forward. an im up the creek
Posted by
Doris Chu
on December 9, 2012
Christie
I do Remote Viewing+the pain u have is real+ due to the t.v. mesh.
I am so sorry+pray u will find a surgeon to safely remove the mesh.
Yes u did lose the photos...sorry.
Good luck with your lawsuit.
Aloha
D