Transvaginal Mesh “Flawed on Every Level”

Lana Keeton is not suffering in silence. She was implanted with transvaginal mesh in 2001, a procedure that went horribly wrong and almost killed her. Since that time, Lana has been a patient advocate and instrumental in getting the FDA warnings on synthetic surgical mesh issued in 2008 and 2011. 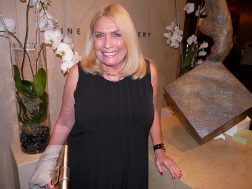 Lana has also appeared as a speaker on the Transvaginal Mesh Panel at Mass Torts Made Perfect (April 2012) in Las Vegas. And she has spent thousands of hours researching surgical mesh. “Despite extensive studies written by experts about the horrific complications of synthetic surgical meshes, transvaginal mesh is still being used,” says Lana. “Commercialization of surgical mesh by multi-billion dollar pharmaceutical giants—such as AMS and Johnson & Johnson-- has substituted “surgical mesh kits” for good surgical skills.”

Lana became a patient advocate in 2007, around the same time that she sued Johnson & Johnsons’ Ethicon unit. (Lana says she lost the case based on a procedural error: she didn’t name her doctors as non-retained expert witnesses and without that she was unable to prove causation in federal court.)

“I also wanted to get transvaginal mesh off the market, but how? I started an online health group called Medical Mesh, which had more than 8,000 posts and 400 people joined my database. I found a common denominator—many of these people had migraines and allergies. I started looking at auto-immune disease and discovered a chemical in the mesh. I discovered that this mesh is flawed on every level—physical, chemical, and how it is processed. A lot of manufacturing flaws are inherent and I know that from working in the steel industry.”

Lana has this message for transvaginal mesh attorneys: “Advocacy is not enough. I wish all of you success as you go forward seeking justice for your clients. While you are seeking justice, I am working at the FDA and in Congress as a patient advocate to get synthetic surgical mesh off the market. “

More TRANSVAGINAL MESH News
On the heels of more than one thousand transvaginal mesh lawsuits filed by women who claim the mesh has caused injury, Johnson & Johnson has stopped selling four of its transvaginal mesh products. In July 2012 J&J recalled the following:

The FDA has ordered Ethicon/Gynecare, a subsidiary of Johnson & Johnson, and Bard to perform more clinical trials and testing before their products can be marketed again.

Posted by
Carla Hebb
on October 29, 2012
I had the transvagninal mesh inserted during a partial hysterectemy in 2010. My question is this: What if I don't know my symptoms are caused by this TM or not and what if I don't have problems related to it now but do in the future? Will it be too late to file then?