The Business of Transvaginal Mesh

While countless women are suffering serious transvaginal mesh injuries, market researchers report on how “negative press” has impacted sales in the European and U.S. market. Perhaps 49,000 federal lawsuits against TVM makers are also to blame. 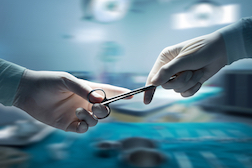 After the FDA in 2011 issued a second warning against implanting TVM for pelvic organ prolapse (POP), use of the mesh decreased in New York from 30 percent to 23 percent. (Seven percent doesn’t seem that significant until one considers that more than 225,000 surgeries for POP are performed annually in the US.) Researchers published these statistics in JAMA Internal Medicine (Feb 2016). Compared to the first FDA warning in 2008, when use of the mesh went up from 21 percent in 2008 to 30 percent in 2011, the researchers believe the FDA’s second warning, which said complications are “not rare”, is partly related to the decline in mesh use. They also said the decline of mesh implants to treat POP after the 2011 warning suggests that “stronger regulatory warnings can influence physicians' use of potentially unsafe medical devices.”

And the FDA warning in January 2016 reclassified transvaginal mesh to repair POP from class II (moderate-risk) to class III (high-risk). The FDA has given manufacturers of surgical mesh 30 months to demonstrate their products are safe and effective for POP by way of a Premarket Approval application. Perhaps the manufacturers are counting on switching from polypropylene—the most popular material for transvaginal mesh—to sacrocolpopexy mesh in an attempt to pass the approval application.

More TRANSVAGINAL MESH News
Another study published in JAMA (May 15, 2013) said that little is known about safety and long-term effectiveness of sacrocolpopexy mesh. The researchers concluded, during seven years of follow-up in two groups of women, that “abdominal sacrocolpopexy failure rates increased in both groups… sacrocolpopexy effectiveness should be balanced with long-term risks of mesh or suture erosion.” Let’s hope that the FDA read this study.

The market research paper went on to say that, “Modifications to the mesh, extra clinical trials to prove safety and pre-emptive marketing is helping to clarify the safety and health risks associated with mesh to curb the decline in procedures.” It would be interesting to note a different outcome than the 2013 study reported in JAMA.

Posted by
Janis Urban
on October 22, 2016
Sandra Segarra Do you belong to any Mesh Support Groups? Start with Mesh Problems on Facebook! 24/7 Support and Info to get thru the darkness! We Care! I am Mesh Injured! Wishing you wellness!
Posted by
Sandra Segarra
on October 16, 2016
This tot mesh has change everthing in my life I can't work I'm in pain groin pelvic area prolapse surgery waiting lower back surgery always bladder infection don't sleep can't seat for long can't lay for ,long my life is going down a big black hole no one helps my doctor said can't removed outs in my bladder to hard to remove ! Don't know what next I'm so depress all is cry !! Mesh is kiliing slowly !! Broken mentally phisclliy !! Can't take much more !!!!