Scott Arendt was one of Jeno's brand frozen pizza's best customers: he ate Totino's or Jeno's pizza as a snack almost daily. Not anymore. "I expect our food to be safe and I don't think I will ever eat a frozen pizza again," says Arendt.

"A few weeks ago I came home from work and ate a Jeno's brand pizza --I eat them just about every day as a snack," says Arendt. "Later that night I started feeling crampy and had a really bad stomach ache. Then it got worse until I started throwing up. I almost ran to the bathroom and that is where I pretty much spent the whole night. It was ugly. As you can imagine, I didn't get much sleep. Next day, it was the same thing, in and out of the bathroom and obviously I didn't go to work." 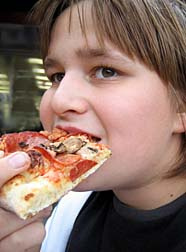 Arendt is a healthy 25-year-old guy and he never gets sick. He had no idea what was making him feel so awful. "I felt that I had to go to the hospital but I didn't have any insurance (I'm working on that right now) so I just waited it out. I started feeling a bit better on the third day but I still wasn't able to go to my construction job.

"On the fourth day, I went to work but I still felt really weak; it wasn't a productive day. I was still chugging Pepto Bismal, thinking I had stomach flu. And I took aspirin. Nothing helped.

More News
A few days later my girlfriend came home just as I was about to put another pizza in the oven. She stopped me immediately and told me what she heard at work: this brand—Jeno's-- had a huge recall due to E coli illness. We went online and found out that it was true. That prompted us to see if the pizzas we had were those on the recall list. We googled 'Jeno's and Totino's Recall' and sure enough, the serial numbers matched those on the boxes we have. (We actually have four boxes still in the freezer.)

I was shocked because I love these pizzas and eat them all the time. I am still freaked out by the whole thing, wondering how E coli got into my pizza. I was also upset knowing this food made me sick.

I would at least like to be compensated from the time I missed at work. And I'm keeping the empty pizza boxes for evidence; I'm going to keep the boxes unless a lawyer tells me otherwise."