Sherita Wells took her half-empty box of Topps frozen beef burgers back to the supermarket for a refund. "I told the cashier that these burgers had been recalled but he had no idea what I was talking about," says Wells. "I thought they were supposed to keep up with recalled products—it's wild that these burgers are still being sold." And the lawsuits are next up.

At the end of September, Sherita Wells was almost seven months pregnant when she bought a 12-pack of Topps quarter-pounders. "They tasted good at the time but Topps burgers have left a bad taste in my mouth and I'm scared to ever eat ground beef again," she says. She cooked two of them and luckily. Wells likes her meat well-done. 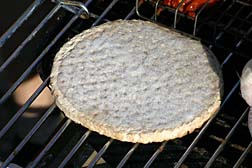 "It didn't affect me right away," she says, "but the next day, I started throwing up and got dehydrated—I had bad diarrhea and was very nauseous. At first I thought it was due to my being pregnant. I couldn't get to the doctor because I didn't have any insurance—I lost my job just two days before that (that is a whole other story—I was fired because I am pregnant) and my medical insurance was canceled. So I home-nursed myself. I drank tea and a lot of fluids. It took me about two weeks to get better but I still had bad diarrhea. My lips were dry and cracked; I was always thirsty and weak. I was too scared to take any meds due to my pregnancy.

More News
Then I found out about the recall, about five days after I got sick. I was watching the evening news and couldn't believe it! They listed the recall numbers and I looked in my freezer. Sure enough, they matched. I took the burgers back to the supermarket and got an exchange for the same value. But I kept my receipt—and on this receipt is the description of my purchase: Topps Hamburgers 1001R for $6.99. I don't know if that is the recall number but the box was the recall number and it had a "buy before" date. I wasn't thinking about keeping the box but in hindsight I wish I had kept it."

[Consumer Affairs.com] has reported that Topps frozen beef burgers are still being sold at retail stores—a few months after the massive recall. Tougher inspections at a retail level around the country are obviously needed: At the beginning of November, the frozen hamburgers recalled for potential E. coli contamination were still found at 12 retailer outlets in northern and southern New Jersey.

"Hopefully people are not getting sick at this point--but not everyone pays attention to the media," says lawyer William Marler. So far, Marler represents seven plaintiffs who ate contaminated Topps beef burgers. If retailers don't pay attention to recalls, he may be representing many more...