New research conducted by scientists at Norway's University of Bergen indicates that Topamax birth defects are very real, demonstrating that pregnant women with epilepsy have difficult choices to make. 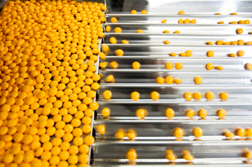 The researchers appeared to confirm what has been shown in prior studies, that women with epilepsy tend to have more pregnancy complications, largely due to the medications they need to take.

Reuters reports that the catch-22 for pregnant women is that doctors warn about the harmful effects that seizures can have during pregnancy on the mother and the child. However, since these women are therefore advised to continue taking their medications, the risks appear to increase due to the drugs as well.

In order to study this dilemma, the researchers reportedly examined the medical records of the pregnancies of nearly 200 women with epilepsy and the same number without the condition, according to the news source. The authors also looked for differences among epileptic women taking medications and those who were not receiving the drugs.

Aside from the increased risk of preeclampsia—which can lead to the death of the mother or child—pregnant women with epilepsy also appeared more likely to need a Cesarean section, give birth prematurely and deliver babies with defects, according to the news provider.

When looking at only epileptic pregnant women, the authors noted that those taking medications had similar risks of complications than those who did not in terms of bleeding and the need for Cesarean sections.

More TOPAMAX News
However, total complications were higher in women taking the medications, as nearly eight percent of women on the drugs experienced severe preeclampsia, compared to less than three percent of women who did not take them.

Still, the authors in the study advised that there could be other factors playing roles besides the medications themselves and stressed that women should continue taking the drugs during pregnancy.

"The overall risk (of complications associated with medication) is low, and it is important to continue the medications during pregnancy to avoid seizures," lead author Dr. Ingrid Borthen told the news provider.

According to WebMD, Topamax, an epilepsy drug also used to prevent migraines, can cause common side effects such as drowsiness, dizziness and loss of appetite.