In theory, the idea of Skechers Shape-up shoes and Reebok toning shoes is great; after all, why not design a shoe that helps a person build muscle while carrying out daily activities? But according to various toning shoes lawsuits and critics of the shoes, not only is there an increased risk of toning shoes injury, the shoes do not work as promised. 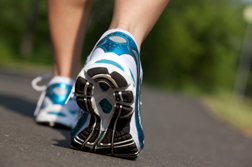 One lawsuit was filed against Skechers in 2011, alleging a woman who wore Skechers Shape-ups during her work as a waitress developed stress fractures in her hips. The plaintiff, Holly Ward, told Good Morning America (2/16/11) that she has pins in her hips and must undergo physical therapy to recover from the stress fractures.

"The femoral bone is the strongest bone in the human body and I fractured not one but two of them without being in a car crash or any traumatic incident," Ward told Good Morning America.

Although experts interviewed by Good Morning America were not convinced that the shoes themselves could cause stress fractures, there are published reports of strained Achilles tendons and injuries due to falls when people wore the shoes.

According to Consumer Reports (8/11), as of May 2011, the Consumer Product Safety Commission received 36 reports of injuries associated with toning shoes on its new complaint database. "That's more complaints than for any other single type of product in the database, which was started in March 2011," the article states. While the majority of complaints included minor injuries such as tendonitis, 15 of the reports apparently included broken bones, some serious enough to require surgery.

Skechers is not the only company to make toning shoes. Avia, Champion, Danskin Now and New Balance all reportedly make and sell toning shoes. Reebok also has a toning shoe, although according to Consumer Reports, it is designed differently than the others.

A spokesperson for the American Apparel and Footwear Association said that the injuries are often caused by misuse of the shoes, but experts question why people should have to relearn to walk to wear shoes safely. Furthermore, some argue that there is little benefit to wearing the shoes.

"If you want to tone your legs and buttocks, we think you're better off spending time in the gym than wearing shoes that could send you to the couch with your foot in a cast," Consumer Reports writes (5/25/11).

If you or a loved one have suffered losses in this case, please click the link below and your complaint will be sent to a personal injury lawyer who may evaluate your Toning Shoes claim at no cost or obligation.
Request Legal Help Now

Posted by
Paul Lorek
on January 2, 2018
I loved the Avia Avi-Motion shoes and wore them for years. They helped with some back issues and helped build up my legs. Ever since that broad filed a lawsuit I have been unable to find anymore. If fools like her can't walk in the first place, why blame the shoes?
Posted by
Tami Benck
on May 24, 2017
I purchases the danskin shoe at Walmart after having 5 children I thought they would help tighten my butt and firm my legs and calves not the case all I experienced was foot ,ancle and severe hip pain I used to love dancing now I have trouble walking severe joint pain in knees and hips and daily pain it's been years since I've had these shoes and I'm still suffering I miss running with my children and my quality of life has gone down and there's no doubt in my mind that these shoes were the cause
Posted by
Sb
on June 5, 2016
Would love to buy Champion toning shoes, white, size 7. Even though you couldn't wear them, others could. They worked great for me...and now, thanks to these lawsuits, I can't find any to purchase.
Posted by
Paula Bueg
on May 16, 2015
the first pair I bought was in 2010 when I landed in Washington DC and realized I had forgotten a decent pair of shoes for my appointments on Capitol Hill the next day. So I went to a local shoe store, bought my first pair. The next day I walked the entire length of the Nat'l Mall and had more energy afterwards than my 16y/o son!

I LOVE my toning shoes! Like other success stories, knee and back pain is virtually eliminated with wearing these. I have several pair in several colors. In addition to wearing them for work, and while giving trainings, I wear them to mow lawn, garden, and split/saw trees in the woods. I'm looking for a winter boot now of the same model.

Posted by
Natalie
on March 21, 2015
I bought skechers shoes hoping to strengten my legs but after wearing them for 2 months, I ended up having very weak ankles and legs, heaviness of both legs, severe pain in my thighs that I used crutches to be able to walk. It is been a month now since I stopped using them but still have lots of pain and heaviness of both legs. By the way, I'm 23 years old and used to be very fit and athletic but not any more thanks to Shoes of devil!
Posted by
Debra Donley
on June 6, 2014
I have suffered from back pain and knee pain for the last few years. Shortly after starting to wear my Champion toning shoes my knee pain went away entirely. My back pain is much improved, also. These are now my go-to shoes. I love them! Maybe people have to learn how to walk properly. These shoes are very comfortable and have given me no problems, whatsoever.
Posted by
Kyana Vexnal
on January 31, 2014
I've always worked in food-service, but I always had pain in one of my hips and both of my feet. I guess it was 2011 when I got my first pair of Avi-Motion (a nice knock-off of Shape-Ups) and noticed a change instantly. I could even go for long walks in the mall with my friends without feeling like my joints were going to explode. Also, I could have fun rocking back and forth, great arch support, while waiting on the kitchen, or just taking a breather.

I come back from Korea in 2013 to find these injuries, lawsuits, and a completely re-designed shoe of the same name! I wish they'd bring the old style back. My hip aches every day now, twice as bad after a long night.

For us, these shoes helped us improve our walking and health.

Posted by
Amber S
on October 26, 2012
I wore these shoes (Skechers) to work for about a week to help build up the muscle in my legs, but then I noticed swelling in my ankles. I had worn the shoes before on the weekends to the store or whatever, and nothing irregular occurred. I sit in a chair for most of the day while at work, and I didn't think it would hurt to wear them to work. For three weeks now I have had swelling from the hip down. By the time I get home in the evenings, I don't have ankles but CANKLES. My knees are swollen and ache. My hips are killing me. I have developed varicose veins. I am really concerned at this point that I may have seriously injured myself by wearing toning shoes. I am 36 years old and my husband has to help me up and down stairs like I'm an old lady! At this point, I don't care about a refund on the shoes. I am concerned about the permanent damage I did to my body wearing them! I dread my future visit to the doctor...
Posted by
Beverly Loeb
on September 27, 2012
I started wearing these shoes thinking they would help strenthen my legs but after wearing them all day - in the morning when I went to get out of bed my feet would feel like they were so swollen on the bottom and I thought something was wrong with my feet. Not even thinking it could be the shoes I kept wearing them every day to walk. This went on for about 6 months and I got to talking to friends about my feet and they told me to try a different tennis shoe. I did and my feel quit feeling that way. It was a relief to know it was the shoe and not my feet.
Posted by
Jane Kaminski
on August 17, 2012
I completely agree with Jackie above. I bought some Danskin shoes last autumn that were toner shoes. My feet were fine, I just wasn't a young thing anymore and I needed a comfortable shoe to wear on the commute to work instead of sneakers... the 'toner' thing wasn't relevant to me. I stopped wearing them after about 6 months because...I don't know, my feet started to feel clumsy in them or something. Anyway, then my feet just started falling apart...sometimes I literally couldn't walk for the pain; I would have to stop for a minute and sit down. it was starting to get frightening. I searched for different shoes...flats, or a wedge, on and on. I researched on the internet and it sounded like I now had plantar fasciitis and after sitting for a bit or in the morning, heel spurs. My feet went from typical female surface annoyances....a corn or a callous now and then...to severe and constant pain. Swollen inner ankles, sore arches, heel pain...it's ridiculous and always on my mind. I'm so careful now, I stretch my arches, ice/elevate my ankles... I used to be a freaking power walker, a step runner! Today I was thinking about it and I remembered the shoes and wondered if there was a connection and I found this and much other information on the subject. Has anyone found a way to fix it? This is unbelievable. Is this forever?
Posted by
Rebecca Norris
on July 18, 2012
I bought Danskin toner shoes at Walmart. I have fallen from the sides of the shoes. My hips began to hurt along with my feet. I don't wear them anymore and the pain remains with me everyday.
Posted by
Jackie Geyer
on June 3, 2012
I have a pair of skechers and one Avi-motion shoes.
My ankels have been hurting me so much since I have been wearing the shoes. My job requires me to stand alot.
How can I get credit on these shoes?
Jackie Geyer

Posted by
Keri
on May 29, 2012
I bought a pair hoping it help me to strength my muscles not hurt my feet and ankle they are worse. I had never so weak of ankles until after wearing the toning shoes falling all the time had to get gravel washed out of my knee because of weak ankles and my feet hurt at times along sides and near my toes of my feetwhich i havent ever had trouble there before.