It's a situation that occurs again and again: in violation of federal and state labor laws, employees are misclassified as independent contractors. While the problem may seem small, it means that employers across the country, including in Texas, may be underpaying their workers and not providing them with proper benefits. This is why lawsuits alleging violations of Texas employment law have sprung up, with employees attempting to protect their rights under Texas labor law. 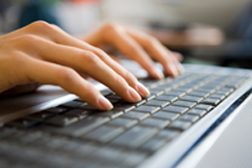 One rule, according to a federal judge in Georgia hearing a case of strippers who were classified as independent contractors, hinges on whether or not the worker is performing a task that is integral to the business. If that person’s duties are vital to the business, then that person is likely an employee and probably isn’t being paid the wages and hours he or she is legally owed. If the worker does not have much control over his or her work - such as setting hours, what to wear, how to conduct him or herself - then he or she is likely also an employee, the judge found, according to the Atlanta Journal-Constitution (1/3/14).

In some industries, according to reports, the problem is widespread. A 2013 report titled “Build a Better Texas” found that many workers in the construction industry were denied legal protection.

More TEXAS EMPLOYMENT LAW News
“An estimated 41% of construction workers were found to be victims of payroll fraud, misclassified as independent contractors or paid off the books in cash,” states the report, written by the Workers Defense Project collaborating with the University of Texas. Furthermore, more than 40 percent of construction workers were misclassified as independent subcontractors.

And, the report notes, the issue goes deeper than not being paid proper wages. Many who are misclassified do not have access to proper medical care or protections. Some employees do not find out they have been misclassified until they file a wage claim.

Posted by
VAlorie pandak
on August 25, 2015
I was terminated by letter for " insurance ".
I had in 12 months paid my insurance in full with 2 insurance companies. AND the insurance companies sent me a refund check and one company finally explained why I could not keep insurance with y bosses company.
I could have been called and fixed the situation that day.

1.Problem IS , Company was suppose to pay my insurance.

2. I had a receipt from insurance I already paid for the year.
3. My termination letter wasn't sent just to me. Company also my letter it was also sent to their employee. isn't that against the law?
4. Same day company sent my termination letter to their employee My employer( I was subcontracting for 4 years) sent my company checks to his employee . Checks were for 6280.00 and 4,800.00 and 1,000.00 .Checks were still made out to my company VP Enterprises ,Inc. and this man cashed them. I lost over 252,000.00 with these checks being sent to another person.

6. I later found out I was fired because this company was uninsurable. The company and their employee had just settled a wrongful death lawsuit and they paid out of court for 5.3 million.
b. wrongful death lawsuit also against the employee of there that stole my checks that was sent to them.
c. Companies employee previously had used propene in tractor tires and there was an injury.
d. Companies employee had no license. his license was expired from 2004 -2014 .
e.Employee that sent my checks also had filed bankruptcy in 1990s for another one of his employees getting injured.

IT WAS NOT MY FAULT INSURANCE COMPAIES KEPT SENDING ME A REFUND.
But it seems when lawsuit was over against both the company and their employee , its like they wanted the contract back and I had it.

7. Same day this employee that cashed my checks at ACE CHERCK CASHING in his writing writes insurance 534.00 and incorporation papers. 500.00 for same day papers.
8. It took 3 things to steal my contract
a. Insurance bought with my stolen company illegally cashed check.
b. Incorporation papers with my stolen illegally cashed at ACE CHECK CASHING this employee of the company that sent my checks to him. He in own writing bought incorporation papers the same day.
c. MY x-boss and their employee they sent my company checks to are still using and hiding my bulldozers. to this day....

The company I was under contract for is worth 60 million dollars. They refuse to pay me the checks they rerouted on purpose. Then as I dug through the dumpsters for more evidence when this guy was evicted I found emails from my employer to their employee to sign my name as president on a contract I still to this day have never seen and send contract back to the company as if I signed it.

I also found this worker had told me my bulldozers were down for repairs as that wasn't true. I found companies employee was using my dozers ( that were not down ) and billing my boss telling him to send my check to him not ME THE OWNER>

Summing up.
1. company that fired me same day hired their employee soon as the wrongful death lawsuit against them was paid off.
2.They incorporated the employee ( the other wrongful death lawsuit ) with my check I know because I found the check stub and confronted the jerk.
3. They bought the insurance with my check again. I even found ACE receipt where MY COMPANY checks were cashed.
4. I found emails from the company I worked for telling employee to sign my name so they could reroute.
5. I found ACE and NETSPEND prepaid form with signatures
to ACE and net spend. saying from now on transfer all money owed to VPENTERPRISESINC to this account and it was the employee of the company I work for.
For rerouted checks to their employee using my equipment
and sending my checks to their employee while I haven't even received a letter of termination was ,
1 million 326,065.00
still suing my inventory 30, 703.62
still using my bulldozers 72000.00

--
ACE and net spend help cash over 100,000.00 with my stolen ID.I also emailed you under IDENTITY THEFT TODAY>

Posted by
Fred T Blanton
on June 9, 2014
The Texas Workforce Commission has a "Litmus Test" for establishing the independent contractor relationship. It can be found right here: http://www.twc.state.tx.us/news/efte/appx_e_twc_ic_test.html
Posted by
Prentiss Jenkins
on June 8, 2014
I worked for Goodwill of Southern California from 2008 to 2013 as a casihier. I was also forced to fundraise for them by asking the customers if they would like to donate to Goodwills programs after I rang up their merchandise. I want to know if I have a case because I was classified as a cashier and a fundraiser. I am asking because before I worked for Goodwill I worked a few jobs as a fundraiser and I was classified as just a fundraiser employee.
Posted by
Fred Blanton
on June 8, 2014
The Texas workforce commission has a page of guidelines to determine if a person can or can't be classified as an independent contractor.
You should publish that.
Posted by
Prem Arjoon
on June 1, 2014
I was employed by UPS in Dallas from 1997 to 2000. moved three times with UPS causing harm and stress to my family, and subsequently, divorced in March, 2009. I was fired by UPS, in February, 2009, in Atlanta GA. I want to know, if there is a "statute of limitations" in Texas. I would like to sue UPS under the EEOC law. I am Hispanic and they screwed me over and had me sign a document that basically says that I cannot sue them for anything in the State of GA, including EEOC et.al...I want to know if I have case, I can fax you the documents and I want to sue in Federal Court. Let me know, if there is a Statute of Limitations Law in Texas.
Prem Arjoon