Some lawmakers in the Lone Star State are considering using some programs currently implemented in Arizona to change Texas labor laws. 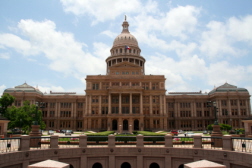 Arizona recently put into use an "e-verify system" to determine whether or not someone can legally work in the US, according to the El Paso Times. Some have advocated bringing the program to Texas, but the technology also has its critics.

More TEXAS EMPLOYMENT LAW News
Michael Golden, a Texas labor lawyer, told the news source that implementing such a system would prover costly for Texas. In addition, questions surround the effectiveness of the program, which Golden said can sometimes mistake illegal immigrants for authorized workers. At other times it can give contradictory information.

"If you throw in Arizona law approaches to these problems, it will be a very ugly, painful session," State Representative Rene Oliveira told the news source.

The discussion of such programs comes a number of executives from state agencies who cite healthcare and prison costs to show that illegal immigrants are costing the state hundreds of millions of dollars.

However, a 2006 report from the state comptroller showed that in 2005 the 1.4 undocumented workers in Texas helped the state's economy by bringing in $17.7 billion.