Texas Employment Law Can be Tricky

Randy is frustrated, to say the least. His employer has withheld a paycheck, and Randy may need a lawyer to get it back. "The Dallas District EEOC Office told my boss, Bobby, that he violated Texas employment law, but Bobby told them that he will see me in court," says Randy. 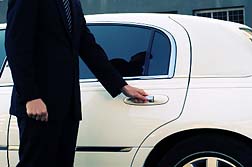 "I worked for AB Transportation since 1999 and even bought a car from them last year," says Randy. "We never had a problem until my friend also wanted to buy a car. She paid the $400 deposit but decided later that she didn't want to buy it. So I told Bobby that I would buy the car: I gave my friend $400 and gave AB Transportation $900 in cash. But the recession hit hard and I couldn't pay the balance, and it turns out that Bobby sold the car without telling me.

"I told Bobby that he could keep the $900 but he still owed me $650 in wages from months ago. He typed up a paper that said he was keeping the $900 and my paycheck to 'make up the loss on the car.' I told him that he had no right to keep my pay check—that is an entirely different issue. As it turns out, I found out from a co-worker that he sold the car to someone else. It was supposed to be sold to me for $3,000 but he told me he sold it for $1500… I quit working with him in August because of this issue.

"Anyway, I called Bobby last December and asked again for my paychecks from May, June and July—I only worked part time with him as a limousine driver. He wouldn't budge so I called the EEOC and faxed them the letter from Bobby, saying he was keeping my check."

According to one Texas lawyer, most people don't know that the EEOC exists. If you have a labor dispute, it is important that you file a complaint with them in a timely manner before you seek legal help. Randy says the EEOC called Bobby and told him he had violated Texas Employment law and had to pay Randy his $650, regardless of the car issue. When Bobby said that he would see Randy in court, the EEOC told Randy that he would have to call the Texas Work Commission—it was out of their hands.

More TEXAS EMPLOYMENT LAW News
Because Randy is a limo driver, he is an independent contractor and has to follow another set of rules. "Apparently the EEOC can't help me because the limo company is under the state district and I can't take them to court," says Randy. He could take AB Transportation to small claims court but is afraid it will turn into a case of "he said, she said." In employment litigation, there are two sides to every story.

"The Texas Workforce Commission sent me some information and all I have to do to get my pay check is to prove how I come up with the amount of $650. I am getting it notarized today and I believe the Commission is going to get my money back," says Randy. "Meanwhile, I went online and looked for legal help. Now I'm waiting for a Texas employment lawyer to advise me."