A lawsuit filed by a teacher against a school over Texas labor law will have to go to arbitration, a recent court opinion ruled. 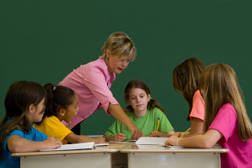 Monica Weibust had sued her former school, Woodlands Christian Academy, for constructive discharge, harassment, retaliation and employment discrimination under Chapter 21 of the Texas Labor Code. However, the school filed a motion to force arbitration, according to the Southeast Texas Record.

More TEXAS EMPLOYMENT LAW News
The motion had been previously denied, forcing the academy's appeal. A recent opinion from the Ninth Court of Appeals of Texas found for the school, forcing the two parties to go to arbitration.

"Weibust's claims fall within the scope of the arbitration clause," the court's opinion stated.
"The academy did not waive arbitration. Weibust did not establish her unconscionability defenses. We reverse the trial court's order denying arbitration and remand the case with instructions for the trial court to compel arbitration of the claims."

The court further stated that the two parties had equal bargaining power so arbitration was an option.

"Weibust did not present evidence to show her alleged lack of bargaining power or inability to negotiate the contract terms," the opinion states.