A discrimination case that occurred in the Sunshine State but involved an international company based in Texas recently resulted in a judgment award in favor of a former employee who was allegedly fired for theft, but in fact was undergoing chemotherapy at the time for breast cancer. 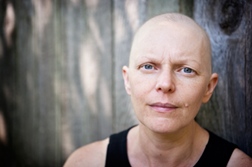 As reported on 9/2/10 in the South Florida Sun-Sentinel, Kara Jorud was awarded a total of $8.1 million in compensation from Michael's Stores Inc., which is headquartered in Irving, Texas. Following a five-day trial, a jury found that Jorud was unjustly fired from her position as a manager at a Michael's store in Boca Raton, Florida. The plaintiff held that she was forced to work while undergoing the rigors of chemotherapy, was harassed and was wrongfully accused of theft.

Court heard that Jorud had worked for three years at a Michael's location in Shuesberry, Massachusetts before being transferred to the Boca Raton location in September 2005. It was some time later that Jorud found a lump in her breast. Initially misdiagnosed with lupus, Jorud was eventually given the news that she had breast cancer and underwent a double mastectomy on August 19 of that year.

In her lawsuit, Jorud said she had taken a six-week medical leave following her surgery, but within days the cancer patient began taking calls from her District Manager inquiring as to her return. Jorud was originally tasked to turn around the store's reportedly failing operations.

Jorud returned to work less than a month after surgery because, she testified, she feared for her job.

At one point, the plaintiff brought her fiancé and his son into the store to help her shift inventory ahead of a pending delivery because she was weak from the aftereffects of chemotherapy. The cancer patient was fired three days later, reportedly one day before her next scheduled chemotherapy treatment.

The plaintiff was also accused of theft prior to her firing, a charge that Jorud later disproved and the district manager later admitted to be false, according to the newspaper account.

More TEXAS EMPLOYMENT LAW News
Michael's, based in Texas, has been described as a high-volume enterprise. While Jorud's illness may have come at an inopportune time for the store, her lawsuit claimed that Michael's violated the Americans with Disabilities Act and the Family Medical Leave Act, among others. The Equal Employment Opportunity Commission issued a Right to Sue notice.

The news account noted that Jorud's job loss required an escalation of her wedding plans in order to qualify for her fiancé's medical benefits. Jorud's teenage daughter was required to split high school classes with a full-time job just to help make ends meet after Jorud's termination.

It is not known if Michael's will appeal.