Testosterone Gels Get a Failing Grade in More Ways Than One

Testosterone side effects associated with the usage of testosterone supplements and gels have, up until now, focused on cardiovascular issues. But now there is new research that suggests there is a cognitive price to pay. 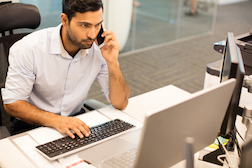 Testosterone, with rare exception occurs naturally in males and is at its highest levels when men are younger. Over time, testosterone levels drop – a physiological change that is completely natural. However, middle-aged American men are more active than previous generations and open to any suggestion that may succeed in prolonging, or recapturing their previous youthful vigor and virility. Pharmaceuticals have stepped to the plate with products such as Viagra, Cialis and testosterone gels.

The problem is that the erectile dysfunction targeted by medications such as Viagra were designed, and approved by the US Food and Drug Administration (FDA) for that express purpose. Testosterone supplements, on the other hand, were originally approved only to treat hypogonadism – a condition characterized by chronically low levels of naturally-occurring testosterone in men that can pose a health hazard. Testosterone side effects for these patients, represents a risk that is outweighed by the benefits.

However, for middle-aged and even young men with normal levels of naturally-occurring testosterone for their age, the risk / benefit profile is reversed. Otherwise healthy man have been hit with testosterone heart attack following use of testosterone gels, which tend to thicken red blood cells and put patients at risk for testosterone stroke – even testosterone death.

That hasn’t stopped manufacturers from aggressively promoting testosterone gels to anyone seeking the proverbial fountain of youth.

Now, there is a new testosterone side effect: “Testosterone overrides judgment,” says Professor Gideon Nave, who teaches marketing at the Wharton School in the University of Pennsylvania and is an author of a new study on the cognitive effects of testosterone in men.

According to CBS News (05/04/17), a group of university professors performed tests on 243 males, primarily college students, to determine the effect of testosterone, or ‘T’ on a key brain function. The study was conducted by faculty at Wharton, as well as the University of Western Ontario in Canada and the California Institute of Technology.

Participants given testosterone gels were found to have made a greater number of errors on the type of tests usually given for entrance to college. Those students in the experiment who used ‘T’ gel made 20 percent more errors than those in the control group who hadn’t used testosterone.

The conclusion: those who received a dose of testosterone on their bodies were more likely to make quick, impulsive decisions.

Although not part of the test, researchers nonetheless surmised participants boosted by testosterone could also commit more errors when making key life choices.

More TESTOSTERONE TREATMENT News
Testosterone appeared to inhibit “prefrontal” brain activity, according to previous research cited in the study. “Prefrontal is the executive function of the brain,” said professor Amos Nadler of the Ivey Business School, who was also an author of the study. All study authors agreed that more research is needed to “disentangle” the full effects of testosterone on cognitive capacity.

While testosterone therapy for either real or perceived low levels of testosterone – or ‘Low-T’ as coined by marketers and manufacturers – is targeted to middle-age Americans, adolescents and young man have been known to ‘T-Up’ with what has been described as a naturally-occurring steroid in order to excel at sports, or during sex. College students may not realize, however, that too much testosterone can lower their cognitive capacity and put their grades in jeopardy.

The majority of testosterone lawsuits have cited testosterone heart attack and testosterone stroke. Perhaps this new wrinkle could foster a new portfolio of litigation: flunking out, or poor life choices thanks to testosterone.