With the US and Canada remaining both direct neighbors and close trading partners, the Canadian equivalent to the US Food and Drug Administration (FDA) often mirrors safety updates issued by the FDA for drugs and medications. In specific cases, the Canadian position is in some measure more aggressive than its US counterpart. However when the FDA, in October of last year updated warnings to testosterone side effects inherent to testosterone supplements, Health Canada chose not to follow suit. 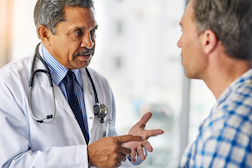 Testosterone therapies have come under fire in recent years given the emergence – some say the outright manufacturing of a non-existent disease – of ‘Low-T.’ Middle-aged men seeking to re-spark their libido and gain energy are turning, more from the behest of supplement manufacturers than from their own doctors via sound medical advice, to testosterone supplements as a virtual fountain of youth.

While testosterone supplementation has a vital, and relatively safe role to play in patients grappling with hypogonadism – a medical term for testosterone levels that are dangerously low – the advent of ‘Low-T’ is alleged to put otherwise healthy men at needless risk through the unapproved use of testosterone that could cause testosterone heart attack or stroke.

Various plaintiffs having filed a testosterone lawsuit have alleged health problems triggered by their use of testosterone. Had they known about the health risks, claimants say, they never would have gone down that road.

On October 25 of last year the FDA updated both the Warnings, as well as the Abuse and Dependence areas of drug labels associated with all testosterone therapies. Beyond previously-stated risks for cardiovascular problems and even testosterone death, the FDA has referenced Schedule III of the Controlled Substances Act with regard to anabolic androgenic steroids and the potential for abuse – in other words, taking more testosterone than is either prescribed, or medically advisable.

Included in the label updates mandated by the FDA last fall are concerns over heart attack and heart failure, liver toxicity as well as the potential for hostility.

In Canada, however there has been no effort to align Canadian warnings with those of the FDA. The last entry with regard to testosterone side effects was on July 15, 2014. On that date Health Canada referenced a completed safety review, finding that “a growing body of evidence (from published scientific literature and case reports received by Health Canada and foreign regulators) for serious and possible life-threatening heart and blood vessel problems such as heart attack, stroke, blood clot in the lungs or legs; and increased or irregular heart rate with the use of testosterone replacement products.”

It will be interesting to note if Health Canada, going forward, may yet update concern over testosterone side effects to include aggression and abuse.

There are currently more than 6,600 testosterone side effects lawsuits housed in multi-district litigation (In Re: Testosterone Replacement Therapy Products Liability Litigation, MDL No. 2545, consolidated before Judge Matthew F. Kennelly in US District Court for the Northern District of Illinois).