A manufacturer of a testosterone replacement therapy (TRT) based in Belgium recently petitioned to escape a testosterone lawsuit, given that the pharmaceutical company has little exposure, knowledge or influence over the US market. However, a federal judge in Illinois would have none of it. 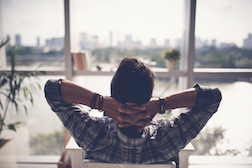 It appears that Besins Healthcare, the manufacturer of AndroGel, will not be in any position to duck testosterone side effects lawsuits quite so easily.

AndroGel, Besins maintained, is manufactured in France and Besins neither sells, nor markets the drug in the US [that task is entrusted to another company, AbbVie under contract and licensing agreement].

However, US District Judge Matthew F. Kennelly wasn’t buying what Besins was selling.

“Over the course of more than 16 years, billions of dollars’ worth of AndroGel has been sold nationwide, and Besins' revenues from United States AndroGel sales exceed $600 million,” the judge said. “Though Besins does not appear to have considerable influence or control over sales and marketing, its employees receive periodic updates about the United States market for AndroGel and about sales and marketing generally.”

However, that isn’t the case for healthy men seeking to turn back the clock.

Plaintiffs in testosterone heart attack lawsuits assert that testosterone replacement therapy manufacturers patently ‘invented’ a disease – ‘Low-T’ – in an effort to move more product and create a new and growing market for testosterone drugs through an association with aging male Baby Boomers.

One single snapshot does not a story make.

Manufacturers were nonetheless wildly successful in creating, and marketing ‘Low-T’ to a large cross-section of the male population, succeeding in creating new sources of revenue for manufacturers and a host of new health concerns for otherwise healthy men, or so it has been alleged.

While there are benefits, for these patients the risks of testosterone therapy far outweigh the benefits.

More TESTOSTERONE TREATMENT News
Some patients have died, leaving their loved ones to fight their battles in court on behalf of the deceased.

Testosterone lawsuits have also been filed by health insurers, claiming to have funded testosterone replacement therapies that were medically unnecessary.

While testosterone drugs have always carried FDA approval for hypogonadism, the latter remains the only approved indication. Use of TRTs for so-called ‘Low-T’ is considered off-label and therefore, patently illegal according to current laws.

The case is In re: Testosterone Replacement Therapy Products Liability Litigation, Case No. 1:14-cv-01748, MDL number 2545, in the US District Court for the Northern District of Illinois.