A New Canadian Testosterone Study Is a Catch-22 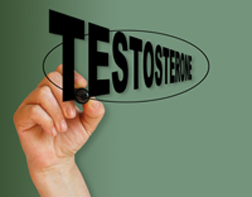 But there’s a catch: patients have to survive the first two to three months first…

That all changed when baby boomers hit middle age and began suffering from flagging energy and libido, putting them on a path seeking the proverbial fountain of youth. Manufacturers of testosterone saw a new and promising market, and the two came together in a not-so-happy marriage, for some.

That’s because, for some middle-aged men, the promise of increased energy, libido and the potential to “turn back the clock” has been dashed in the face of testosterone heart attack and even testosterone death. At a time of life when many are put on blood thinners to help avoid blood clots and strokes, testosterone has been known to thicken the blood through the introduction of larger red blood cells, placing the patient into the face of a perfect storm of ill-health. Manufacturers, through aggressive and clever marketing, have managed to convince middle-aged men that sagging testosterone is not a medically recognized sign of aging, but rather an unnecessary blight that can be fixed.

The result is that scores of men without any recognized medical need for testosterone are convincing their doctors to prescribe testosterone supplements as a response to flagging energy.

The resulting testosterone side effects are landing otherwise healthy men in the hospital or, for that matter, the funeral home.

The FDA responded in 2015 with a mandate for testosterone supplement manufacturers to add warnings against possible testosterone stroke and testosterone heart attack in association with use of a product approved by the FDA only for treatment of hypogonadism, a recognized medical condition. However, doctors have always had the authority to prescribe medications to patients beyond the limits and boundaries of the FDA’s scope of indications. That’s one reason why the FDA felt it had to include a paragraph admonishing doctors against over-prescribing testosterone in its warning letter of 2015.

“The FDA has become aware that testosterone is being used extensively in attempts to relieve symptoms in men who have low testosterone for no apparent reason other than aging,” the agency said. “The benefits and safety of this use have not been established.”

There are some 5,000 lawsuits against various manufacturers of testosterone supplements, with cases against AbbVie, the manufacturer of AndroGel, centralized in the US District Court for the Northern District of Illinois. Lawsuits filed by five men between the ages of 50-63 in 2014 allege that AbbVie “deceived potential users by relaying positive information through the press, including testimonials from retired professional athletes and statistics suggesting a widespread need for the drugs, while downplaying known adverse and serious health risks.”

The judge is expected to start hearing a small group of bellwether trials between April and November 2017.

More TESTOSTERONE TREATMENT News
Meanwhile, the Canadian study by Dr. Robert Nam and colleagues found that the longer older men amongst 38,000 studied took testosterone supplements, measured in a time frame representing three to five years, the better off they were, with not only lower risk for heart attack, stroke or death, but with an added benefit of fewer incidents of prostate cancer.

One can presume testosterone manufacturers will be all over that study, for the marketing potential.