Testosterone lawsuits may not allege people suffered bizarre behavior as a testosterone side effect, but Charlie Sheen is reportedly blaming some of his behavior on testosterone cream. Meanwhile, a newly published study suggests testosterone is linked to an increased risk of osteonecrosis and the number of lawsuits consolidated for pretrial proceedings continues to increase. 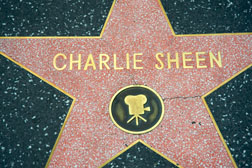 According to Fox News (2/23/16), Charlie Sheen made an appearance on The Dr. Oz Show in February and blamed his public meltdown - which included claiming he had “tiger blood” - on overuse of testosterone cream.


“I was taking a lot of testosterone cream and I think I went too far with it,” Sheen reportedly told Dr. Oz.
“It was kind of like a borderline… not a ‘roid rage, but a ‘roid disengage.”

Despite Sheen blaming his behavior on testosterone therapy, a doctor speaking with The Daily Beast (2/23/16) said he had never heard of testosterone gel causing erratic behavior. Dr. Abraham Morgentaler, who is an Associate Clinical Professor of Urology at Harvard Medical School, said any stories linking testosterone to irritability, anger or violence are anecdotal and not backed by science.

A recently published study, however, does suggest that testosterone is linked to an increased risk of osteonecrosis and bone damage in patients who have thrombophilia. Patients with thrombophilia have blood that has an increased likelihood of forming clots. Osteonecrosis is a condition in which bone cells die from reduced blood flow.

Researchers found that testosterone therapy may interact with thrombophilia, potentially putting patients at an increased risk of osteonecrosis.

More TESTOSTERONE TREATMENT News
Those lawsuits allege they were marketed testosterone therapy as a treatment for so-called health issues that were actually a normal part of aging and were prescribed the therapy off label. Plaintiffs argue the makers of AndroGel and other testosterone products knew or should have known about the risks associated with the therapy but failed to warn patients.

Testosterone gel is approved as a replacement therapy only in men whose low testosterone levels are linked to hypogonadism, or disorders of the testicles or pituitary gland. It has not been approved to treat low testosterone that occurs naturally with aging. In March 2015, the FDA issued a Drug Safety Communication that prescription testosterone products would carry a warning about the possible increased risk of heart attacks and strokes.

There is no word on whether the FDA will now update the label to include a warning about the risk of developing “tiger blood.”

Posted by
Darren Willis
on March 20, 2016
Testosterone raises Triglycerides in the blood which can clog arteries and cause heart attacks and stroke its that simple it happened to me, I also got severe fatty liver disease with fat lumps under my skin throughout my body, when I stopped taking the testosterone my triglycerides dropped to within normal range. My Doctor said "I don't know what you have done but you triglycerides sure have dropped" I said "yes I stopped the Testosterone"