One of the latest litigation cases in the testosterone lawsuit file reads like a classic case of a manufacturer making various promises in advertisements and an unsuspecting plaintiff having taken those claims at face value. That plaintiff, according to a testosterone side effects lawsuit, claims to have been healthy at the time he began taking testosterone for low energy, whereas now he is at risk for heart attack and testosterone stroke. 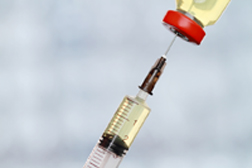 The lawsuit is Paul Comfort et al. v. Pfizer Inc. et al., Case No. 154376/2015, in the Supreme Court of the State of New York, County of New York. The lawsuit was filed at the beginning of May. Comfort, in his lawsuit, presents as a typical consumer in the natural throes of aging: excess body fat, fatigue and other symptoms.

However, according to his testosterone lawsuit, Comfort was intrigued by claims alleged to have been made within a nationwide advertising campaign by the pharmaceutical giant Pfizer that such symptoms heretofore associated with aging were actually the result of low testosterone, or “Low T.”

Comfort, in his late 60’s at the time, began using Depo-Testosterone injection as the result of the marketing campaign. In his lawsuit, he claims to have been healthy at the time he began taking the testosterone supplementation.

Then, in 2012, he was diagnosed with deep vein thrombosis and now claims that at the age of 71 he is at risk for stroke and testosterone heart attack.

Comfort blames Pfizer for misrepresenting the advantages of testosterone therapy, while minimizing the risks. “Defendants convinced millions of men to discuss testosterone replacement therapy with their doctors, and consumers and their physicians relied on defendants’ promises of safety and ease,” Comfort said in the suit.
“What consumers received, however, was not a safe drug; instead, they received a product which causes life threatening problems.”

More TESTOSTERONE TREATMENT News
The plaintiff, in his testosterone side effects lawsuit, claims that Pfizer and its subsidiary Upjohn Co. LLC knew of the risks associated with the drug for heart attack and testosterone stroke but failed to apprise consumers of those risks, thereby acting in a negligent fashion and breaching implied and express warranties. Comfort also accuses Pfizer and Upjohn of committing fraud. He seeks compensatory, consequential and punitive damages.

For its part, Pfizer, which refutes Comfort’s claims, mounted a bid to be excluded from the testosterone multidistrict litigation on grounds that a distinction exists between injectable testosterone therapy and topical gels. To that end, the defendants argued that Depo-Testosterone accounts for less than five percent of the market and delivers about a third of the annual dose of testosterone administered by gel products.