Pensacola, FL (Press Release): Attorney Brandon Bogle is well-versed on the issue of men’s health and, specifically, testosterone supplementation. “We see men from about age 40 up to age 70 who are taking products mostly because they have seen the television advertising,” says Bogle, in comments made to LawyersandSettlements.com from his Florida office. “They go into their doctor’s office complaining of the suggested symptoms like irritability and lack of sex drive like you see in the commercials. If their testosterone levels are in the low range, then a doctor will prescribe one of these drugs.” 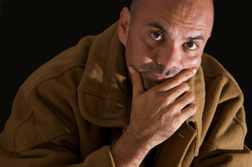 But there are potential health risks. A recent study published in PLOS One* this past January noted that testosterone therapy doubled the risk of heart attack in men over the age of 65. An earlier study appearing in JAMA (Journal of the American Medical Association, 11/06/13) ** concluded, following a study of data related to men in the Veterans Affairs health care system, that “the use of testosterone therapy was associated with increased risk of adverse outcomes,” such as heart attack and stroke.

At least one testosterone lawsuit alleging that the plaintiff suffered myocardial infarction as a result of undergoing testosterone therapy via the drug AndroGel, manufactured by AbbVie, Inc., has been filed (Kenneth Aurecchia v. AbbVie, Inc. and Abbott Laboratories, Inc., Case No. 1:14-cv-772, U.S. District Court for the Northern District of Illinois Eastern Division).

However, all this hasn’t restrained the rush to testosterone gels and supplements to combat symptoms of so-called ‘Low-T’. There have also been more positive reports that highlight the benefits of testosterone therapy, including not only increased energy but other health benefits. A study in the Journal of Clinical Practice (10/15/13) *** concluded that testosterone therapy resulted in lowered blood pressure, reduced blood glucose levels and improved cholesterol levels.

The phenomenon is driving billions of dollars’ worth of sales† towards the testosterone supplement industry. For example, a report from the New York Times (10/15/13) states that one testosterone drug, AndroGel, manufactured by AbbVie, generated over $2 billion in sales in 2012. According to the report, that figure has been forecasted to double by 2017. †

Some patients may not be prime clinical candidates for testosterone therapy, and may be unaware of the potential cardiovascular health risks. “The important thing we see throughout the entire litigation is that the drug companies have taken low testosterone, which is a naturally aging process, and converted that into a disease that needs to be treated with the whole T concept,” says Bogle. “That is going to play out through the trial, along with the allegations of failure to warn and design defects.”

Thus, Bogle, of the law firm Levin, Papantonio, Thomas, Mitchell, Rafferty & Proctor, notes that pending litigation against some of the manufacturers of testosterone drugs is just at the beginning stages. “It will be quite a while before we get to court,” Bogle told LawyersandSettlements writer Brenda Craig. However, “we’ve [already] seen many cases involving very serious cardiovascular problems,” he says.