The invitation to “T-it-up” is becoming a lexicon in the language of middle-aged men who complain of sagging energy levels and libido. And while testosterone therapy has been around for decades, the last 10 years has seen sales of various gels and patches soar as the products are increasingly marketed against a man’s vanity over strength and virility. However, there can be serious side effects not only for the man receiving testosterone therapy, but also for other family members, including children, who may inadvertently come into contact with the substance. The testosterone gel safety concerns have prompted label changes. 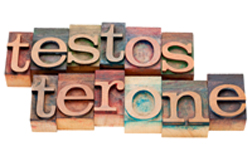 To that end, the label for topical gels associated with testosterone therapy, approved by the US Food and Drug Association (FDA), warn that women and children who are exposed to the substance could potentially develop male characteristics such as chest hair and enlarged genitalia. The problem is not unlike an issue that surfaced years ago with transdermal patches containing a highly potent pain medication designed for patients with chronic, debilitating pain. Conditioned to narcotics, and used as directed, the patches proved a blessing to those for whom they were intended. However, other family members or caregivers who may have handled the patch improperly, or without gloves, were exposed to the narcotic and the potential for grievous health issues, and even death.

A new boxed warning on two products, mandated by the FDA, is designed to further highlight the risks to women and children, inherent with coming into contact with testosterone through a gel or a patch.

As to the men for whom testosterone therapy was intended, the market for such products has exploded in recent years. Experimentation with testosterone therapy has seemingly been around since the dawn of time, with the practice of testosterone therapy active for several decades. Originally, according to the New York Times (11/24/13), testosterone drugs were designed to treat hypogonadism, a medical condition resulting from undescended testicles or a tumor of the pituitary gland. The result can be severe testosterone deficiency characterized by a low libido, small muscles (for a man) and minimal body hair. “That is the real hypogonadal patient,” says Dr. Richard Quinton, an endocrinologist at Newcastle University in Britain, in comments published in the New York Times. “Not the overweight businessman whose erections aren’t as good as they used to be.”

However, that’s exactly what appears to be going on. Diminished testosterone is a natural part of aging that can be exacerbated by poor diet, lack of sleep, lack of exercise and the corresponding weight gain that can happen more easily as men age. Sagging energy levels and libido, in most cases, can be resolved by fixing those poor lifestyle choices.

Instead, middle-aged men are increasingly invited to “T-it-up” with testosterone therapy, and the market has exploded. The New York Times noted figures from IMS Health that suggested sales of gels, patches, injections and tablets associated with testosterone therapy reached $2 billion in the US alone for 2012, compared with $324 million just 10 years earlier.

Doctors will often prescribe testosterone therapy as an easy fix for a patient having already, in the patient’s view, conducted a self-diagnosis through various online sites that allow for the plugging in of symptoms, in an effort to determine if testosterone therapy is appropriate.

But there are many caveats. “The big thing is, we just don’t know the long-term risk of testosterone therapy at this time,” says Jacques G. Baillargeon, an epidemiologist at the University of Texas Medical Branch at Galveston, who has studied testosterone-prescribing trends in the US, and echoes the concerns of those who feel the popularization of testosterone therapy is outpacing research into efficacy. “It’s particularly concerning when you see the dramatic increase happening at such a large scale so quickly,” he said.

The famed Mayo Clinic, according to FOX4 WDAF in Kansas City (11/7/13), warns that testosterone therapy has the potential to contribute to sleep apnea, acne or other skin reactions, enlarge male breasts and stimulate non-cancerous growth of the prostate, amongst other concerns.

Various studies have been inconclusive on the potential risks of testosterone therapy. According to Chicago Tribune Business (9/15/13), a meta-analysis of almost 3,000 men in 27 non-industry-funded studies (with no pharmaceutical bias) found that testosterone therapy doubled the risk of strokes, heart attacks and other heart problems (the Mayo Clinic notes that testosterone can increase the production of red blood cells, which can lead to heart disease). Studies funded by pharmaceutical companies, interestingly, found no increased risk.

However, a recent study published November 6 in JAMA indeed found risks. Researcher Dr. Rebecca Vigen of the University of Texas and colleagues looked at 9,000 male veterans who had undergone coronary angiography between 2005 and 2011. Their average ages were 60 and were found to have had low testosterone levels during their exam. 1,200 of the study subjects started on testosterone therapy following tests.

The results “make us take a pause, and make sure that everyone taking testosterone is taking it for the right reasons and is experiencing benefits,” said Dr. Anne Cappola, an associate professor of medicine at the University of Pennsylvania and a hormone expert who wasn’t involved in the study but penned an accompanying editorial in JAMA.

More TESTOSTERONE GEL SAFETY News
“There is only anecdotal evidence that testosterone is safe for these men,” said Cappola, an associate journal editor of JAMA. “In light of the high volume of prescriptions and aggressive marketing by testosterone manufacturers, prescribers and patients should be wary” and more research is needed, she wrote.

The FDA has never approved testosterone as a treatment for low libido or energy. “None of the testosterone products have indications for weight loss, increasing energy or improving mood,” said Andrea Fischer, a spokeswoman for the FDA, in comments published in the New York Times.

As for the risk to children, women and caregivers, testosterone gel safety concerns have prompted label changes that should be heeded and taken very seriously…

If you or a loved one have suffered losses in this case, please click the link below and your complaint will be sent to a drugs & medical lawyer who may evaluate your TESTOSTERONE GEL SAFETY claim at no cost or obligation.
Request Legal Help Now

Posted by
Sam
on December 31, 2013
No one would argue the importance of proper labeling on products like this and transference of gels is a big issue. Gels like Androgel and Testim are big pharmas way of trying to get IP in this market and not the best route of administration. Many of the recent adverse side effects of t therapy is due to the fact they calculate only a 10% absorption of these products and test in the serum. High levels of capillary testosterone could easily be the culprit for some of the adverse effects which are avoided by other routes of administration.

Regarding the Drs comments in the above article. So are high amounts of stress, working after the sun goes down. Eating unhealthy food with all kinds of artificial ingredients also part of the normal aging process?

The medical community has an obligation to keep us healthy in response to the changes in our environment. This guys argument is like saying "well we never planned for bird flu so let's just let it weed out some of the non resistant population or the people who are stupid or unlucky enough to get exposed to it."

At a purely economic level the cost of TRT is completely offset by the positive impact it will have on GDP regardless of the perceived risks. If done properly with an appropriate amount of testing to ensure healthy levels, not steroid user levels it can be a therapy that really improves quality of life and mens overall contributions to society.

Posted by
Sam
on December 31, 2013
So is crazy amounts of stress, working after the sun goes down. Eating crappy food with all kinds of artificial ingredients also part of the normal aging process?

The medical community has an obligation to keep us healthy in response to the changes in our environment. This guys argument is like saying "well we never planned for bird flu so let's just let it weed out some of the non resistant population or the people who are stupid or unlucky enough to get exposed to it."

At a purely economic level the cost of TRT is completely offset by the positive impact it will have on GDP regardless of the perceived risks.