Terbutaline Side Effects All Over the Map

Drug studies often indicate a specific type of side effect related to a certain medication, but terbutaline side effects can reportedly range from birth defects when taken by pregnant women to maternal heart issues. 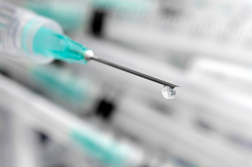 According to the National Center for Biotechnology Information (NCBI), terbutaline is typically prescribed to treat and prevent conditions such as shortness of breath, wheezing and other breathing difficulties often associated with asthma and bronchitis.

However, the NCBI adds that the medication has been used in certain cases to help prevent preterm labor in pregnant women, particularly those who are not in the hospital at the time. This can have potentially devastating consequences, however, as the US Food and Drug Administration has required strong safety warnings about such use.

According to USA Today, the FDA ruled that women should not be administered injections of terbutaline for more than three days due to the potential for maternal heart issues and possible death. As a result, a boxed warning—the federal agency's most serious warning—has been added to the drug's label, the news source reported.

The issue came to light as a number of doctors had reportedly begun using the drug to treat cases of preterm labor. This occurred because, according to the news source, once the FDA approves a medication, doctors can prescribe it for any use they determine is appropriate.

More TERBUTALINE SULFATE News
The FDA said that 16 deaths of pregnant women linked to the medication had been reported between 1976—when the drug was first marketed—and 2009. The agency also reportedly pinpointed 12 cases of significant heart problems reported between 1998 and July 2009.

Despite the warnings, some doctors have supported the drug, saying it can work when used effectively. Others have said that the medication has saved the lives of many people, according to the news provider.

According to the NCBI, terbutaline birth defects and maternal heart problems are not the only side effects that have been associated with the medication. More common side effects can typically include nervousness, dizziness, tightening of the throat, irregular heartbeat, difficulty falling asleep and chest pain.

The NCBI encourages any patients experiencing such symptoms after taking terbutaline to consult their physician.