Can Terbutaline Lead to Autism?

When the US Food and Drug Administration (FDA) released additional cautions with regard to Terbutaline Sulfate in February, many women will have looked back to their recent use of the drug—often prescribed to quell premature labor—and whether or not having been given Terbutaline during pregnancy may have left a child with lingering cognitive issues. 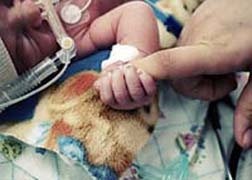 Salient News reported February 22 that a study conducted at Duke University revealed an increased risk of brain damage and cognitive defects—including autism—in association with the use of Terbutaline during pre-term labor. Along with the potential for infants to be pre-disposed to autism, lay concern over a potential link to aspergers and pervasive development disorder (PDD), as well as autism.

The FDA announced in February that in its view, the risks associated with injectable and oral Terbutaline outweigh the benefits given the potential for serious Terbutaline side effects within the context of pre-term labor and pregnancy. Among them, according to the FDA, are serious maternal heart problems together with the potential for death in association with the use of Terbutaline beyond 48 to 72 hours of prolonged Terbutaline therapy in a hospital or outpatient setting.

While manufacturers are not allowed to market a drug for any other use than that for which it is approved by the FDA, doctors have always carried the authority to prescribe drugs off-label as they see fit.

More TERBUTALINE SULFATE News
To that end, the Terbutaline drug has been at the center of debate for many doctors and health care professionals. Some feel the benefits of Terbutaline and its capacity to quell pre-term labor outweigh any risks. Some mothers have noted no changes or issues with their infants.

Others, however, have—and some doctors feel that Terbutaline for preterm labor is over-hyped.

For its part, the FDA in February responded to adverse event reports and post-market safety information that relates to adverse health issues for the mother. There was no reference in the FDA release dated February 17 with regard to impacts on the fetus.