Study: Terbutaline during Pregnancy Raises Risk of Complications in Children

Women who ingest Terbutaline during pregnancy could increase the risk of complications for the child, according to new research cited by HealthDay. 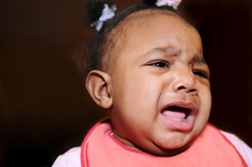 When used alone, the asthma medications known as long-acting beta-agonists (LABAs) can also be harmful to children who are taking the drugs without steroids. Increased risk of hospitalization, intubation and death were found to be more prevalent in kids than adults.

Products that only contain a LABA were the target of the research, which was conducted by the Kidnet arm of the US Food and Drug Administration.

"What we found overall was that there was a greater risk of the asthma composite outcome in the group that took LABAs as opposed to the group that didn't. And, the risk was higher in the younger asthmatic population," Dr. Ann McMahon, associate director of science and director of KidNet in the Office of Pediatric Therapeutics at the US Food and Drug Administration (FDA), told HealthDay.

McMahon also noted the potential damage had to deal with a lack of a steroid-based medication that normally would be taken with the drug.

"The other important thing is that in a smaller subgroup that took LABAs and inhaled corticosteroids (ICS), and took those consistently, we did not find that the risk was elevated," McMahon noted. "But, this subgroup was rather small, so the results regarding ICS are somewhat inconclusive. The agency is now pursuing doing a large randomized clinical trial in the context of LABAs and consistent ICS use."

The results of the study were published in Pediatrics magazine.

The FDA began to look into the safety of LABAs in 2005 when the first concerns rose about a possible increase in serious complications. In 2008, the first safety analysis was conducted and it was then determined that the drug should only be taken in combination with inhaled corticosteroids, according to the news source.

According to PubMed Health, terbutaline should not be used to stop or prevent premature labor in pregnant women, especially in those individuals who are not in a hospital. The organization warns that serious side effects existed for people who took the medication at this time.

The news source reports that the side effects could carry over to the newborns whose mothers took the medication in order to stop or prevent labor.