It's not just small debt collection companies that run afoul of consumers for alleged violations of the Telephone Consumer Protection Act (TCPA). Large financial institutions such as Wells Fargo Bank also find themselves on the receiving end of lawsuits alleging they contacted customers without consent, in violation of TCPA and the Fair Debt Collection Practices Act (FDCPA). Recently, Wells Fargo settled a class action lawsuit alleging it was illegally contacting consumers, although this is not the first time the company has faced such allegations. 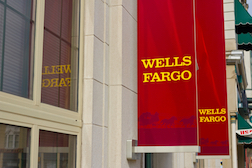 In 2014, plaintiff Lillian Franklin filed a lawsuit against Wells Fargo Bank (case number 3:14-cv-02349) alleging the company violated the TCPA by calling her on her cellphone. According to court documents, Wells Fargo repeatedly used an automatic telephone dialing system and an artificial or pre-recorded voice to contact Franklin for purposes that did not constitute an emergency and for which Franklin had not given consent. In fact, Franklin did not have a credit card account with Wells Fargo; the calls were allegedly intended to collect debt from a deceased individual.

The lawsuit was filed on behalf of all people who received a phone call from Wells Fargo to a cellphone made through an automatic telephone dialing system or prerecorded voice within four years of the filing of the complaint.

Franklin's lawsuit was settled in 2014. Although the bank denied the material allegations and disputed that it made any phone calls without prior consent, the company agreed to settle the lawsuit for just over $14 million.

More TELEMARKETING AND ROBOCALL News
Now, less than two years later comes word that Wells Fargo will pay more than $16 million to settle a lawsuit again alleging the company called consumers on their cellphones without first obtaining consent to do so. That lawsuit was filed in June 2016 by Steven Markos, Tiffany Davis, and Gregory Page (lawsuit 1:15-cv-01156) and alleged Wells Fargo violated the TCPA, "by initiating non-emergency telephone calls using an automatic telephone dialing system to cellular telephone numbers without the prior express consent of the subscribers of those cellular telephone numbers."

That lawsuit has now reportedly been settled for around $16 million.

READ ABOUT TELEMARKETING AND ROBOCALL LAWSUITS

If you or a loved one have suffered losses in this case, please click the link below and your complaint will be sent to a consumer frauds lawyer who may evaluate your Telemarketing and Robocall claim at no cost or obligation.
Request Legal Help Now

Posted by
Natalie Poole
on August 8, 2016
My Nissan Altima recently caught on fire and I just settled with the insurance company Mercury and they issued a check to Wells Fargo to pay the balance owed. I deposited my check and went to withdraw funds out of my account but couldn't because my account has been frozen due to the bank thinking the check in my name was "fraudulent."
I am still waiting because of course they have to "investigate" as I sit and wait for them to finish and release funds. I am livid! I know they cashed their $6,000 check that was issued by the same company the exact day my check was issued. As I sat in their office contacting Mercury Insurance Company e-mailing what verification I had in my phone, the bank was well aware that the check was not fraudulent and told me that they could not help me, I asked them to call the bank that the check was issued from but again they had to do this Monday which is today. I am furious that I have had not $1.00 to spend since last Thursday! I want every dime owed to me ASAP. Wells Fargo also asked for verification that I was insured with Mercury and that was provided last Thursday. I will CLOSE every account and advise people to choose another bank!!!
Posted by
Wendy Davis
on July 30, 2016
I received a relatively rather large check in the mail from this lawsuit settlement just a few weeks ago, so wanted to thank you personally and add thanks to the original members of the suit. I appreciate your efforts.

Thank you, again. It was a wonderful surprise for me.

Posted by
Blu Loony
on July 29, 2016
My life has been destroyed by Wells Fargo.

Please evaluate my problem wholeheartedly.  My problem is far from over and I seriously need guidance, no one will communicate with me.
At the end of 2014 I requested guidance from Wells Fargo(WF) about my interest rate increase. This simple request has turned into a fight for honesty and having integrity when there's a mistake. WF has fraudulently destroyed my 800+ credit score, discriminated against me, and broken several key loan servicing laws. All of the allegations against WF are supported by my documents. I want to hold WF accountable for the indiscretions against me.