Is Taser Abuse out of Control?

Since 2004, Amnesty International has stated that taser electro-shock weapons are contributing to widespread human rights abuses and that tasers are being used as tools of routine force instead of their original purpose—an alternative to firearms. 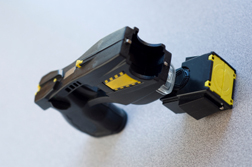 The organization says that since June 2001, more than 351 individuals in the US have died after being shocked by police Tasers, most of whom were not carrying a weapon. Amnesty International has called for a moratorium on the use of such weapons, but some police departments throughout the US appear to be stockpiling these supposed "non-lethal" tasers.

To Taser or not to Taser?
That is a question on the minds of many policemen. A few years ago, the Columbia City Council approved the purchase of 40 additional taser guns for the Columbia Police Department from funds provided under a federal grant applicable to any kind of law enforcement equipment—not just weapons. Other police departments (such as Georgia's DeKalb County Police Department and departments in Fort Wayne, Ind.; Newark, Calif.; and Dolton, Ill.) decided not to buy tasers or shelved them after further investigation.

Perhaps it will take more lawsuits such as Richard Heston's wrongful death settlement to make government take heed of Amnesty's moratorium request. A federal jury awarded $6 million to Heston's family in a Taser death lawsuit. "The jury found that Taser International had failed to warn police that its Taser guns could be dangerous when used on people under the influence of drugs or in conjunction with chest compressions. An autopsy found that Heston died from a combination of methamphetamine intoxication, an enlarged heart due to long-term drug abuse, and Taser shocks."

(Perhaps the Columbia City Council should be concerned about being sued because of Taser deaths and injuries, now that they have an extra 40 tasers…)

On December 26, 2010, ABC News reported that "Police officers around the country are being armed with a new generation of remarkably powerful Tasers. These devices are revolutionizing the way policemen and women do their jobs." But these weapons are also raising a lot of questions about safety and taser abuse.

Here is the transcript (Voiceover):
Tasers have become a tool for nearly every police department in the nation in the last 10 years. Devices have been used more than one million times, and police claim they keep officers from being injured and save the lives of suspects. Now, an advanced generation of Tasers has been introduced. Weapons with more fire power, meant to address one of the occasional hazards of the original models. Suspects getting back up after being Tased. Like all Tasers, the new models fire metal hooks into a suspect's clothing or skin, delivering a 600 volt pulse. The charge causes the muscles to contract, temporarily paralyzing them. This new model, the X3 handgun-style Taser, has three cartridges. The company says it's capable of subduing three suspects at once. But it would also allow an officer, in theory, to deliver a triple hit to one suspect. The new models are making the debate over their safety and potential misuse even more urgent.

Curt Goering, Amnesty International: They are so easy to abuse. They're inherently subject to abuse.

(Voiceover) Amnesty International, a long-time critic of Tasers, points to 400 deaths related to Taser use. And while many of those deaths are linked to other contributing factors, such as age or preexisting illness, it's unclear how a cop on the beat would be able to identify an at-risk subject in the heat of the moment. One police chief says more testing has to be done before they buy into the new breed of Tasers.

Charles Ramsey, Philadelphia Police Commissioner:
When we're talking about new generations of technology, we need to know exactly what impact that has on the human body.

Put your hands behind your back.

PIERRE THOMAS (ABC NEWS Voiceover) And one of the many questionable uses of Tasers, like this case in California where police Tased a man on his own living room couch for refusing to comply. Both the economy and police say training is the key to avoiding abuse, as I learned, when I tried and failed a simulation training exercise with the Montgomery County Maryland police.

POLICE OFFICER (MALE)
At this point in time, you have no reason to Tase him. There's no active resistance. He's just not compliant.

Phew. And here is another alarming point: According to the Economist (December 2009), Taser wants to be its own watchdog. The company is developing AXON, a "tactical on-officer network computer" that beams video footage to a secure Web site available only to a select few. This quote from Taser:

"When you combine our built-in accountability features with the TASER other accountability features of the TASER® X26 or the ADVANCED TASER® M26 electronic control devices, you have a win-win combination. We back that claim up in light of the November 2006 IACP report that showed statistical data indicates that 96.2 percent of the time, the recording of the event exonerated the officer of the allegation or complaint. By adding the TASER AXON capability, you now can capture 90 percent of law enforcement action that is missed by the in-car cameras."

If you or a loved one have suffered losses in this case, please click the link below and your complaint will be sent to a civil & human rights lawyer who may evaluate your Taser Abuse claim at no cost or obligation.
Request Legal Help Now

Posted by
FF
on January 8, 2011
Amnesty International is a farce. Their agenda is clear. To bring down TASER and have cops go back to brawling and dog-piling on criminals. That way they can attack people instead of technology.
Posted by
Steve
on January 7, 2011
What a joke. I am sure there are cases where police abuse the taser, that is human and they should be punished.

A dozen companies are trying to produce different video for security purposes.

If taser produces a good system you don't want the police to use it.

Your stance obviously is the criminal deserves all the breaks when they lie about abuse. Video will put most of those cases to rest and free up 100's or 1000's of cases in court.