In the same week that the Royal Canadian Mounted Police (RCMP in Canada apologized to the mother of a 40-year-old man who died after being repeatedly Tasered, two police officers from Indiana were suspended for using the Taser stun gun on a 10-year-old boy. 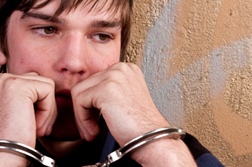 Robert Dziekanski, 40, was struck several times at the Vancouver Airport in 2007 and died as a result. His mother sued the RCMP and settled out of court.

The 10-year-old boy, who was Tasered only once, survived and is apparently fine.

The introduction of the Taser stun gun, designed to subdue unruly suspects without the need for police officers to draw their service revolvers, has been the subject of much debate with regard to its use in situations where it is not warranted.

Critics argue that such was the case on the evening of March 30, when two Martinsville police officers were called to the Tender Teddies Day Care Center in Martinsville over reports of an out-of-control 10-year-old boy. The officers allege that the boy was combative and attempting to harm other children and the caretakers at the day care center. According to a report posted online by WRTV in Indianapolis, the two police officers arrived to find the boy hitting, kicking and refusing to listen to anyone.

Martinsville Police says the officers used a Taser to subdue the 94-pound child. The department reported that the officers also slapped the boy to subdue him. Martinsville Chief of Police Jon Davis told WRTV that the boy cried when struck by the electric jolt from the Taser stun gun, but is now fine.

The chief indicated that in his view the two officers could have subdued the boy by other means and could have avoided using the Taser on the child. The two officers have been placed on administrative suspension.

The Taser emits a powerful electronic jolt that has been linked to at least one heart attack. Taser International has since issued guidelines stressing the importance of avoiding aiming at the chest or firing multiple strikes with the Taser. Critics of the device decry the potential for law enforcement officers to rely on it too heavily.

Last June a deputy constable in Austin, Texas used a Taser on a woman who had been pulled over for speeding. The constable said the 72-year-old woman was combative.

If you have suffered losses in this case, please send your complaint to a lawyer who will review your possible [Taser Abuse Lawsuit] at no cost or obligation.
Request Legal Help Now