A Sun Life disability claims lawsuit dating back to 2009 initially settled, but took on added longevity with a dispute over attorneys’ fees. On Halloween day of this year a Ninth Circuit panel reversed a lower court’s ruling that originally denied an employee benefit plan appellate attorneys’ fees. 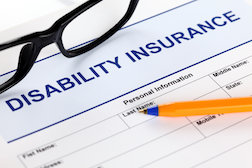 The case is John Paul Micha v. Sun Life Assurance of Canada et al., Case No. 16-55053, in the US Court of Appeals for the Ninth Circuit. According to Law360 (10/31/17), Dr. John Paul Micha launched his Sun Life denied disability lawsuit in 2009 following a denial of benefits by Sun Life. Micha, at the time he filed his Sun Life disability claims lawsuit, was employed as a cancer surgeon with Gynecologic Oncology Associates Partners LLC. The Group Disability Benefits Plan (The Plan) for Micha’s employer, according to Law360, provided benefits that were insured through a policy purchased from Sun Life.

Micha and Sun Life settled their 2009 Employee Retirement Income Security Act lawsuit. Following the settlement, according to documents, The Plan moved for attorneys’ fees and that request was granted by the district court to the tune of $38,000.

Sun Life then turned around and appealed the legal fees award to the Ninth Circuit. When the appellate panel affirmed the original ruling by the district court, Sun Life filed a petition for a writ of certiorari in the US Supreme Court.

However, the high court denied the petition. That prompted The Plan to seek attorneys’ fees and costs incurred for the purposes of the appeal, through a filing with the Ninth Circuit in order to transfer consideration of appellate attorneys’ fees to the district court.

The matter was duly transferred to the district court, where The Plan’s petition for attorneys’ fees was ultimately denied by the lower court, taking The Plan back to square one.

However, not for long: The Plan appealed the denial back to The Ninth Circuit, and the appellate court, on October 31 of this year and about eight years after the initial lawsuit was filed, reversed the lower court’s denial of appellate attorneys’ fees.

The Ninth Circuit then kicked the case back to the district court yet again for the calculation of what were referenced as reasonable fees.

In the view of the appellate panel, The Plan was forced into litigation after Sun Life wrongfully denied the legitimate claims for benefits by Micha – nor did Sun Life dispute at any time that it had the means to pay the fee award.

Thus, wrote the panel, “a party like Sun Life should not be able to appeal from a litigation fee award, even on an issue justifying appellate review, and thereby impose significant costs on the appellee in defending the fee award, while taking comfort in the knowledge that any potential appellate fee award against it will be judged solely on the basis of its appellate arguments on the fee issue,” the published decision said.

Disability insurance lawsuits often carry allegations of claims denials pertaining to benefits entrenched in the policy and properly owed to the policy holder provided policies are in good standing and that circumstances match the criteria referenced by the language contained in the policy.

If you or a loved one have suffered losses in this case, please click the link below and your complaint will be sent to an insurance lawyer who may evaluate your DENIED DISABILITY claim at no cost or obligation.
Request Legal Help Now

Posted by
Anne Clobridge
on August 20, 2019
The New State PEF union offers a membership benefit which is pretax payroll deduction for a long term policy from SunLife. Unfortunately, the conversion from short term to long term did not happen in my case leaving me without income for a considerable period of time. After contributing to the policy out of pocket for more than 10 years I feel that this was not fair and would advocate for the PEF union to reconsider its contract with this company.