The push in recent years toward innovation in surgical techniques that result in increasingly smaller incisions and faster closures of those incisions are thought to increase benefit to the patient by way of fewer complications and faster healing. However, for some patients, the opposite is true, and the recall of the Stryker ShapeMatch Cutting Guide system and corresponding ShapeMatch Cutting Guide lawsuits speak volumes about the tendency for best-laid plans to become derailed by poor execution. 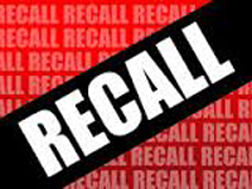 In other words, things didn’t work out as many had hoped. Optimism trumped by reality. But also, as is witnessed by this case (akin to various other medical devices), part of the problem lay with the promise of a good idea not properly vetted through dedicated clinical testing.

The Stryker ShapeMatch Cutting Guide was software-based and designed to assist in pre-operative planning of knee replacement. The idea was to derive a three-dimensional model of a patient’s knee from images obtained through an MRI or CT scan, followed by the use of the ShapeMatch Cutting Guide to select the various device components that best fit the unique anatomy of the patient. Such customization was intended to result in even smaller incisions, fewer complications and faster healing. The benefit for the hospital, of course, is the ability to free up a bed even sooner than standard arthroscopic procedures might otherwise allow.

But for some patients currently serving as plaintiffs in Stryker ShapeMatch Cutting Guide lawsuits, things have not gone quite so smoothly. According to various reports, a software defect in the ShapeMatch system affected the customized cutting parameters that were found not to align with the cutting guides produced.

Stryker Corporation was originally bullish on the new technology when it received 510(k) clearance from the US Food and Drug Administration (FDA) in May 2011. 510(k) is the so-called fast-track approval process that excuses a medical device manufacturer from the need for extensive and costly clinical trials in order to conclusively test a device on selected trial participants before introduction to the wider population. The thinking behind 510(k) holds that knee replacements are already a medically established procedure, thus updates to existing procedures and technology do not require clinical trials, and can therefore circumvent the kind of vetting reserved for new products and technology.

There were also examples of cutting guides that were not properly manufactured within the specifications of the original 510(k) clearance guidelines.

For its part the FDA reviewed Stryker’s voluntary recall and ultimately determined the action as a Class I recall, the most serious classification. The FDA, while not commenting on the approval status of the Stryker ShapeMatch Cutting Guide as a 510(k) clearance approval, announced the Class I recall status on April 10 of last year by way of a press release from Stryker, which the FDA posted on its official FDA website.

More STRYKER SHAPEMATCH News
Disgruntled patients expecting their knee replacement to last upwards of 15 years with trouble-free operation have instead reported symptoms of improper alignment, abnormal and unsavory sounds, decreased mobility, difficulty walking and chronic Stryker Triathlon Knee Implant pain, amongst other complaints. This, mere months following surgery in some cases, or so it is alleged.

Plaintiffs observe that more traditional procedures were much more invasive and required more healing time. But while more traditional surgery is subject to wider complications, traditional knee replacement was found to have a greater potential for success and the realization of the full life expectancy of the joint, rather than early failure.

Hip and knee replacement failures have been found to increase with newer components and surgical techniques, plaintiffs allege. The FDA has received 44 reports of implant failure as of April 2013.

If you or a loved one have suffered losses in this case, please click the link below and your complaint will be sent to a defective products lawyer who may evaluate your Stryker Shapematch claim at no cost or obligation.
Request Legal Help Now

Posted by
David Hale
on July 5, 2019
I had a Stryker implant and it only lasted less than a year and the x-rays used to evaluate the knee by the next surgeon shows without a doubt that the femur implant was installed incorrectly.