Stryker Rejuvenate Hip Implant Recall in Canada—Why Not US?

Many surgeons and health professionals in the US are still unaware that the Stryker Rejuvenate hip implant was recalled in Canada more than a month ago. The recall was based on significant rates of revisions potentially associated with corrosion and/or fretting at or near the modular neck junction. 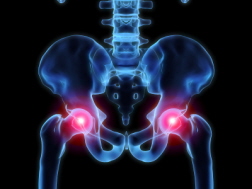 Stryker Orthopedics came close to issuing a recall in the US. Instead the medical device company issued an “Urgent Field Safety Notice” (April 2012) to distributors, hospital risk managers, and surgeons regarding its modular systems that are used in the Rejuvenate Modular Hip Implant System. This letter would indicate that patients could potentially develop metallosis—which could lead to bone damage, immunological complications, elevated serum levels of cobalt, significant pain, allergic reactions, and/or tissue necrosis.

These serious Stryker hip implant side effects beg the question: why hasn’t the Rejuvenate hip implant been recalled in the US? It is not currently known how many surgeons are still using the Stryker products. Nor is it known how many patients might be affected by this medical device failure.

More Defective Products News
The Stryker Rejuvenate was fast-tracked to market by the 510K process, which only had to show that its device was similar to a design already FDA-approved. That device is similar in design to the Wright Medical Technology's Pro-Femur Total Hip Modular Neck System: that hip implant is also associated with patient injuries caused by corrosion at the juncture between the modular components.

All series of the following Stryker Implants were recalled in Canada on May 28, 2012:

Posted by
Jan mitchell
on September 13, 2012
I recieved a left stryker secure fit in November 2011 and a right in Feb 2012. The left femeral part has popped out 12 times so far. Just wondering if u have heard of anyone else having this problem. The right so far has been ok and i don't miss the pain of pre surgery, but it sure hurts when it pops out and getting more difficult to get back in!!