Unless an individual has gone through it or has medical knowledge of what’s involved, few would be in a position to appreciate just what happens when an artificial hip such as the Stryker Rejuvenate system needs to be replaced and revised early. Even were a manufacturer to pay for the revision, there is an impact to the patient that is beyond belief. 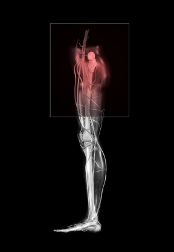 According to a detailed report in the Orlando Sentinel (3/19/13), revision surgery required when an artificial hip fails should not be taken lightly. A far more invasive procedure than the initial hip-replacement revision surgery involves a larger incision and the loss of bone due to the need to remove a device firmly cemented in place. Dead muscle or tissue that has been negatively impacted by metal particles from metal-on-metal implants also require removal.

Rejuvenate Modular Hip System Recall plaintiff Dianne Pingel has already endured one revision surgery, and is not looking forward to another one. Both her hips were replaced with a Stryker Rejuvenate modular stem in 2011 - one in July, the other 14 weeks later in October. According to the Sentinel, Pingel has since undergone revision surgery for her right hip. The Stryker device on her left side still has to come out, and she will need to endure yet another revision procedure akin to the one noted above to accomplish that task.

In the meantime, according to her Stryker recall lawsuit, she can barely make it to the mailbox. So far, she has endured five surgical procedures.

Stryker hip recipient Scott Ebert was just two months with his Rejuvenate hip when he started having major problems. His hip began slipping, and he began experiencing sharp pains and bruising, combined with ringing in his ears. It was eventually determined that Ebert was suffering from Stryker Orthopedics metallosis, which is the process of toxins from wearing metal invading the bloodstream.

His Stryker Rejuvenate hip was replaced just six months following initial insertion. He is left with a functioning hip, but with chronic pain.

It was in the summer of 2012 that an expert panel under the auspices of the US Food and Drug Administration (FDA) turned a thumbs-down on the Rejuvenate system after a review of no fewer than 17,000 adverse reaction reports from 500,000 metal-on-metal artificial hips. The Rejuvenate Modular Hip System Recall occurred in July.

Pingel’s hip replacement lawsuit against Stryker was the first lawsuit filed in the US, and one of nine filed in Bergen County, New Jersey. Meanwhile, a Stryker lawsuit was filed January 25 in US District Court for the Southern District of Florida. The lawsuit, seeking class-action status, has as its lead plaintiff Bernard G. Owen. According to Lawyers Weekly (2/15/13), the Boynton Beach resident received his Stryker Orthopedics Rejuvenate Modular Hip System in July 2011. It was recalled a year later.

More STRYKER ORTHOPEDICS REJUVENATE News
“As a direct and proximate result of [Stryker’s] negligence, Plaintiff and all Class Members have a significantly increased risk of adverse local tissue reaction, metallosis and/or other serious latent diseases due to the fretting, corrosion or other failure of the subject modular neck hip stems,” Owen’s complaint said.

Posted by
Diane
on April 21, 2013
Hi,how long after a patient recieves a letter from the manufacturer of the company that makes the implant that is in you're body.I just want mine removed since it is making me so ill. It sounds like the stapler and surgical clips are being recalled,and who is responsible to make sure that the patient can get them removed.The letter said something about they are listed under the 510 K. I feel like someone should make sure these patients get help since most of them were not aware they were even put in there bodies.
Thanks For You're Time!!!
Diane