Any patient whose life has been compromised by the Stryker Orthopedics Rejuvenate Modular Hip System Recall would be wise to contact an attorney before reaching out to Stryker, say legal advocates. That’s because Stryker has reportedly contracted with Broadspire to help in managing claims for hip replacements. 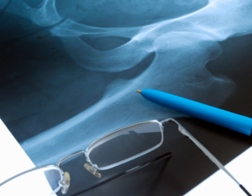 The concern is that a patient’s medical records can be used against them in court. By consulting a Stryker Orthopedics Rejuvenate Modular Hip System Recall attorney, a patient in need of help after suffering with a failed Stryker hip implant will have an ally in any attempt to have the failed hip replaced.

Patients need to remember that it’s more than simply ensuring the failed implant is replaced with all costs covered. There is also the matter of inconvenience attached to the need for a second surgery - a procedure that would have been unnecessary had the implant not failed in the first place. Many patients in need of hip replacement are still relatively young with active careers. A second surgery requires additional recovery time, with time off work and away from other important activities.

Patient advocates maintain there should be some form of compensation for that. All the more reason to consult a qualified attorney before contacting Stryker and Broadspire directly.

The assumption that a hip implant made entirely of metal would be an improvement over more traditional materials, providing longer service than the 15 years a hip implant is historically expected to last, has not proven to be the case. Metal-on-metal implants have been found to wear prematurely, creating optimum conditions for metallosis - a condition that sees metal ions released into the bloodstream, and metal particles compromising muscle and soft tissue around the bone.

“The issue of greatest concern is the potential for elevated metal ions in the bloodstream and the damage that can be caused to the muscles, tendons, soft tissue and bone,” said Dr. Mary O’Connor, an orthopedic surgeon at the Mayo Clinic in Jacksonville, Florida, in comments published in Reuters Health Medical News (1/9/13). “Soft tissue damage is more critical than bone damage. If the bone is damaged, we can do something. But if the muscle is dead because it has been poisoned by metal ions, we can’t recreate it.”

In the meantime, Stryker has announced it has increased the low end of its forecasts on costs to deal with failed Rejuvenate or ABG II Modular Hip Systems. In January, the company reported an expectation of between $190 million to $390 million for patient testing and treatment, new surgeries, and Stryker recall lawsuits and insurance payments.

More STRYKER ORTHOPEDICS REJUVENATE News
While Stryker recommends that all patients with Rejuvenate Modular or ABG II modular-neck hip implants consult their doctor, health and legal advocates remain concerned about the move to involve Broadspire, and what this will mean to patients who don’t have their own legal counsel in tow prior to contacting Stryker.

Reuters reported previously that DePuy patients seeking a replacement for their problematic DePuy ASR hip implants were evaluated by physicians provided and paid for by third-party Broadspire. Those physicians, it was reported at the time, would make the decision as to whether or not a patient’s hip would be replaced, circumventing the recommendations of a patient’s own physician.

Little wonder some patients may opt for a Stryker recall lawsuit, in an effort to ensure a fair shake from Stryker and Broadspire.