Stryker Strikes Rejuvenate From the Market, Will Lawsuits Be Far Behind?

The recent Stryker hip recall provides yet more ammunition for health advocates who feel current guidelines maintained by the US Food and Drug Administration (FDA) contribute to the dearth of failed medical devices in an increasing number of patients. Given the advancing age of the Baby Boomer and the growing reliance on prosthetic devices to maintain an active lifestyle, the problem is bound to increase over time. 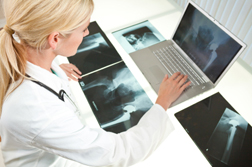 The Stryker Orthopedics Rejuvenate Modular Hip System Recall was a voluntary recall and the result of at least 45 adverse reaction reports of pain and swelling at the joint, according to a summary published earlier this month in the Boston Business Journal (BBJ 7/10/12). Stryker Orthopaedics is based in Michigan but has a biotech division located in Hopkinton, Massachusetts.

Beyond the complaints of pain and swelling, is concern for Stryker Orthopaedics metallosis. The latter is the result of premature wear of metal components, and the potential for minute metal particles to compromise surrounding tissue, and even enter the bloodstream, causing metallosis toxicity.

The recalled components work in tandem with a ceramic-on-plastic system, which is a more traditional design that's been serving patients well for decades. However, in association with ceramic and plastic components the recalled system also features, it has been reported, various metal parts bearing on other metal components that could wear and result in the release of metal particles.

Artificial hips are designed to last upwards of 15 years—sometimes longer—under normal conditions. However, a growing crop of new-age devices from a variety of manufacturers have been failing prematurely, sometimes as early as with a year. Critics of the FDA point to a policy whereby a new device that is substantially similar to one already on the market, can be fast-tracked to surgeons. Thus, if there are artificial hips already out there (as there have been for decades) and working well, there is no reason to believe that a tweaked design with new materials would not work just as effectively.

Some have suggested the policy, which heavily favors manufacturers, puts patients in the dubious position of serving as Guinea pig for an ongoing clinical trial spread across the entire patient spectrum, rather than a controlled trial confined to a smaller group of willing participants.

"While modular-neck stems provide surgeons with an option to correct certain aspects of a patient's anatomy and hip biomechanics, given the potential risks associated with fretting and corrosion at the modular neck junction, Stryker Orthopaedics decided to take this voluntary action," said Stuart Simpson, Vice President and General Manager, Hip Reconstruction at Stryker, in comments contained in an official FDA news release dated July 6th of this year.

More STRYKER ORTHOPEDICS REJUVENATE News
The Stryker hip recall includes the Rejuvenate and ABG II modular-neck stems. In spite of 45 reports of adverse reaction since the beginning of the year alone, the company maintains the incidence of complications as low. Stryker is recalling the troubled system from the market and is ceasing global distribution.

The potential for Stryker recall lawsuit is formidable with regard to the recalled components. Unlike revision surgery involving other designs of artificial hips, which bring additional pain and suffering nonetheless—the revision procedure involving the Rejuvenate and ABG II modular-neck stems is far more complex and not only requires even longer periods of convalescence and healing, further complications are also a possibility.

The impact of added and complex surgery, together with the need for additional healing so soon after the initial procedure, may drive many a Stryker patient to consider a hip replacement lawsuit given the potential impact to a job and livelihood.