You could say that Keven, age 39, is a ‘Man’s Man'. He is one tough dude. Yet this barrel of a guy was reduced to tears after his second Stryker Rejuvenate hip replacement popped out of place for no apparent reason. 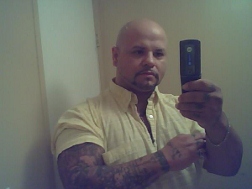 Keven had his first hip replacement when he was just 33 years old--he was born with hip dysplasia. Combined with many years playing sports, and being a semi-pro weight lifter, Keven’s femur bone wore out. “My doctor told me that my only hope was a total hip replacement,” he says.

“I had the hip replacement surgery but it didn’t go very well,” Keven explains. “I almost died from a blood infection and was pumped full of IV antibiotics for two weeks. I knew something was wrong with my leg as well--I couldn’t move it. More than two months after surgery I was able to put weight on my leg. I got a lot of physical therapy and everything was fine; even though I had a limp I didn’t have any pain. And I had to give up sports.”

But that year was short lived. Keven got out of bed one morning and his leg popped--he heard a snapping sound--and his life went downhill from that moment on. “It was white lightning pain for a split second and then I was OK,” he adds. “But it became frequent and the pain lasted longer”.

Keven slipped and fell at work and he was sent directly to a 24-hour emergency clinic. Even though he couldn’t walk, Workers Compensation denied his claim, saying it was a pre-existing condition (he appealed and received benefits seven months later--during that entire time he was in a wheelchair, in constant pain.)

"My new surgeon told me that he would contact Stryker because there were so many problems with their device--and many models had been recalled. The screws were loose (they actually had to cut my femur bone and peel it away from the old hardware) and it wasn’t the right size at all. He would ask Stryker if there was something new or different that would work for me. That was in 2010.

"I had hip revision surgery and it was great--for a while. About a month ago, I had a repeat performance. I got out of bed and it popped. I sat down and cried. I am not that kind of guy??"I am 250 pounds and 5’7”. And I’m not fond of doctors.

More STRYKER ORTHOPEDICS REJUVENATE News
"Now my leg squeals when I try to walk. I know I need to see another orthopedic surgeon but I can’t see anyone until my social security benefits are confirmed. As soon as I get some kind of health coverage I have to get this device removed. I was told by the last surgeon that I have a 95 percent chance that my body will not accept another replacement.

"I hope that Stryker recall lawsuits will stop medical device manufacturers from putting products out there that can ruin your life. I could have dealt with the back pain. I was so much better off without surgery??"at least I could still walk. Stryker has totally ruined my life."

Posted by
bobby wilson
on January 5, 2013
That crazy I hope this guy gets the thing he need. I'm sorry for the pain you are in you are in my prays