Adrian has had his fill with hip replacement failure. First it was DePuy, and now he is facing revision surgery after his Stryker Rejuvenate hip failed. 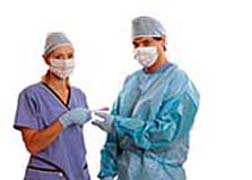 “I first had a DePuy hip replacement in 2009 only to have it recalled,” says Adrian. “I had it replaced in 2012 with the Stryker Rejuvenate but I’ve had problems with my right hip from the get-go.” Adrian also had his right hip replaced at the same time, also a Stryker hip. He had several follow-up appointments after surgery but they ended in frustration.

“No amount of complaining about the pain I was experiencing seemed to matter,” says Adrian. “My orthopedic surgeon just told me not to worry and I would be fine after rehab. He told me to wait five weeks for the soft tissue to heal before starting with physical therapy, which I did, but rehab was ridiculous. All the time I had this pain and nothing would help, especially not rehab.”

Adrian is right: how could rehab help if you have a defective device? Adrian’s surgeon finally acted on his complaints and ordered a CAT Scan, which showed the Stryker hip wasn’t sitting too well, to say the least.

“The right hip was loosening and my surgeon saw that the screws were loose,” says Adrian. “Next up I had a bone scan and that showed a perforated bone - the stem itself is loose inside. To add even more injury, every time I walk the slightest distance my hip replacement is jamming into my knee so I also have incredible knee pain. What really gets me mad is that I now have to get yet another hip and I have no guarantees that Stryker is going to pick up the tab.”

Adrian says it was bad enough dealing with the DePuy recall. He can’t help but wonder if his device is part of the Stryker Orthopedics Rejuvenate Modular Hip System Recall. And he wonders why his surgeon chose the Stryker hip over other models.

“I believe that the government won’t hold Stryker accountable and neither will the doctors because they are getting kickbacks,” Adrian opines. “I did some research and found out that Stryker was fined $14 million because they were paying doctors overseas to use their devices. When the SSC found out, all the money they paid to surgeons were just paid back to the government in fines. And I also found out from a Stryker employee that a lot of the metal-on-metal parts simply went through the 501k rule: That means if a medical device or a drug quacks like a duck it must be a duck. Sure, it’s fun to joke about defective devices but when you are the recipient it’s not so funny.”

Adrian used to be a forklift operator but he hasn’t returned to work since revision surgery - he has been out of work for almost a year. He can’t stand or sit for any length of time. Stryker should also be picking up the tab for his disability benefits.

“Before I get this Stryker hip removed I am filing a claim against the company,” he says. “I am really sick of indirectly picking up the tab for this because my insurance company shouldn’t have to pick it up. I talked to my insurance rep and he is simply neutral - they don’t know what to do.

“I want to say this to medical device companies like Stryker and DePuy: You should give me a product that is going to last or don’t give it to me at all. I believe millions of dollars are wasted because of these revision surgeries. To make things even more infuriating, Stryker is double billing for a faulty device!

More STRYKER ORTHOPEDICS REJUVENATE News
“We need to do something. Everyone who has a faulty hip or knee replacement should band together and storm Washington in our wheelchairs and walkers - perhaps that will get the media’s attention and subsequently surgeons will think twice about using these defective devices. I know lots of people are already filing hip replacement lawsuits against these companies but we have to hit them harder in their pocketbook. And the government must tell them to make their products work or we are going to fine you. But I guess what they pay out in lawsuits is a pittance to what they get in sales.

“I am part of the DePuy MDL but the judge has postponed the bellwether trials because the defendant didn’t have all their ducks in a row and then there was a delay because of the plaintiff. I think the judge has to put his foot down and say the trials must go forward whether you get your act together or not. I spoke with a court clerk about Stryker and those cases are mediating and settling. It is disturbing to think that a judge could be biased. We are the guinea pigs for the health care industry and nobody cares.”

Posted by
Brian Kenny
on December 7, 2013
in about 2006 I had a right hip replacement with a stryker unit and have had pain ever since on many visits to the hospital and beening told by the doctor that all was ok and it was only muscular pain and they would give me a shot of quatersone .Now the hip is clicking if I bend a little or put to much pain on it .It seems none of these hips work they all give trouble after time .