For investors who lose money, there might be nothing worse than finding out they have been the victims of stock broker fraud. After all, they recognize they could lose some money to the ups and downs of the market, but losing to stock fraud—when a stock broker or financial advisor has used the money for personal gain—is unimaginable. While the Securities and Exchange Commission (SEC) might go after stock fraud perpetrators, investors can look to stock broker arbitration to recover lost funds. 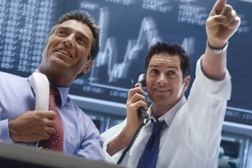 In May 2011, a businessman reached a settlement with the SEC, after the SEC alleged the man was involved in illegal trading practices and further alleged that he misappropriated funds. The businessman is now bared from associating with brokers or investment advisors and will pay $3 million, according to Indianapolis Business Journal (05/19/11).

The SEC alleged the businessman of collecting almost $2 million from investors, and using the money to pay for his own personal and business expenses. Furthermore, the businessman was accused of orchestrating matched orders, in which two investors buy and sell securities to each other to artificially inflate the price of the shares. Matching is illegal.

Meanwhile, a different financial advisor, this one in Michigan, is accused of running a fake investment scheme worth almost $5 million. According to WOOD TV (05/17/11), the scam ran from 2005 to August 2010 and involved money from investors being used by the adviser for personal use and for other businesses.

More STOCK BROKER News
One couple reportedly invested $300,000 with the financial advisor, believing that he knew about safe investments so their money would be available for their grandsons. The advisor reportedly provided the investors with fake certificates to show how the money was supposedly being invested. In reality, however, the money was being put in one of the advisor's own businesses.

In some cases, when investors lose money to unscrupulous financial advisors and stock brokers, they can file a Financial Industry Regulatory Authority (FINRA) arbitration in an attempt to recover those lost funds. In May 2010, a FINRA arbitration panel awarded $1.7 million to a widower and the estate of his deceased wife, finding that a former financial advisor improperly managed their portfolio. Furthermore, the panel found that the financial services company for which the advisor was a contractor failed to properly supervise the advisor, according to Financial Planning (05/20/11).