Sometimes, stockbroker arbitration claims result in the claimant receiving a decent amount of money. In some cases, the person who filed the stock fraud arbitration not only recovers her losses but also receives compensation for fees. In still other cases, the claimant in a stock fraud case receives a hefty award—in the millions of dollars. And in one case, the investors who filed the stockbroker arbitration case receive more than $50 million. 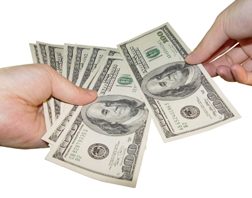 That is the outcome of a FINRA (Financial Industry Regulatory Authority) arbitration filed by three investors against Citigroup. On April 12, 2011, a FINRA arbitration panel ordered Citigroup to pay the investors $54.1 million for losses in their bond funds.

According to the complaint, filed in June 2009, the municipal bond funds that the investors put their money in lost 77 percent of their value. Although the FINRA panel did not give a reason for its decision, it ordered Citigroup to pay $34 million in compensatory damages, $17 million in punitive damages and an additional $3 million in legal fees and expenses.

According to The Wall Street Journal (04/13/11), the bond funds at issue lost their value when the financial crisis hit in 2007. The plaintiffs alleged Citigroup breached its fiduciary duty, violated its contract, committed fraud, broke FINRA regulations and failed to properly supervise its advisors.

More STOCK BROKER News
In addition to arbitration claims, Citigroup reportedly also faces a Securities and Exchange Commission probe into whether investors were misled about the risks associated with the bond funds. Investors reportedly allege that they were misled about the risks involved in the funds, which were marketed as low-risk alternatives.

A spokesperson for Citigroup said that the company is disappointed with the decision and reviewing its options.

A Reuters (04/12/11) article notes that prior to this award of $54 million, an investor was awarded $6.4 million in an arbitration related to the same Citigroup funds.