Former Florida Businessman to Be Sentenced on Stock Fraud Charges

More STOCK BROKER News
The former owner of a staffing firm in Lakeland, Florida, is expected to be sentenced in the coming days by a Santa Rosa County Circuit judge on a number of stock fraud charges, the Ledger reports. 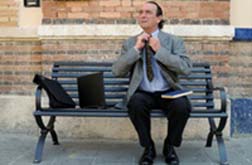 According to the news provider, 67-year-old Ellis Hinton pleaded no contest recently to 15 counts of securities fraud and another count of organized fraud. He was initially charged three years ago.

Hinton was arrested in November 2008 on a warrant from Santa Rosa County for the fraud charges, according to records from the Florida Office of Financial Regulation. He is accused of defrauding 19 investors from Florida and California out of $39,000 between March and May 2008, reports indicate.

Hinton allegedly contacted investors to offer them stock in what were his newly formed Lakeland enterprises, Althera Inc. and Althera Health Care, according to the news source.

The city of Lakeland, Florida, is located in Polk County and had a population of more than 94,000 as of a 2008 US Census Bureau estimate.