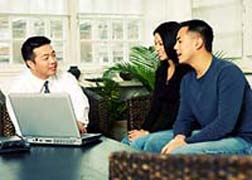 One such case involves claims against Regions Morgan Keegan. In that case, a large group of investors filed an arbitration alleging the financial firm misrepresented the funds as a secure investment. According to The Wall Street Journal (03/16/11), Regions Morgan Keegan requested that the large group be split into smaller groups. Ultimately, three groups of claimants were formed, each filing a claim against RMK.

So far, two of the groups have gone before the Financial Industry Regulatory Authority (FINRA) arbitration panel. One group was awarded $9.2 million in its claim against Morgan Keegan. The second group, who reportedly lost money in the same bond funds as the first group, not only lost their arbitration but were ordered to pay legal fees to Morgan Keegan.

More STOCK BROKER News
The Wall Street Journal article notes that those investors who are responsible for paying the legal fees had previously signed an agreement that they could be liable for legal fees if they were to lose their case.

Not all the news is bad for investors who filed arbitration claims against Regions Morgan Keegan. According to The Tennessean (02/20/11), 129 arbitration cases concerning RMK were heard by FINRA panels by mid-February 2011, resulting in approximately $24 million in awards. That $24 million does not count any confidential awards.

In addition to the $9.2 million to a group of investors, a hotelier from Boca Raton was reportedly awarded $1.8 million after alleging he lost a substantial amount when the Regions Morgan Keegan funds collapsed.